This week, despite millions of Americans having voted already, Senate Republicans started the process of confirming Trump’s nominee for the Supreme Court. With Republicans in control of the Senate, there was little Democrats could do to address the hypocrisy and outrage over Trump’s actions, other than show up to vote, which they did in record numbers.

Behind in the polls, Trump got out on the campaign trail, claiming he was no longer contagious and holding daily rallies in states, many of which were experiencing coronavirus outbreaks. As the virus surged nationally, there was no federal government response, and in fact Trump seemed increasingly to lean on Dr. Scott Atlas, who continued to push the notion of herd immunity. Trump also made increasingly desperate statements at his rallies, indicating he did understand the gravity of Election Day approaching and Biden’s lead.

State officials braced for violence on Election Day, as Trump continued to give credence to the QAnon conspiracy theory, and encouraged an “army” of supporters to sign up as poll watchers. Meanwhile, Attorney General Bill Barr remained conspicuously absent from the public eye, as the “unmasking” probe quietly and unceremoniously ended, and he had yet to comment on the alleged plot against Michigan Gov. Gretchen Whitmer. Trump allies Rudy Giuliani and Stephen Bannon introduced a supposed hard drive belonging to Hunter Biden in a “smoking gun” story at the New York Post, that was soon under investigation by the F.B.I. as a possible Russian intelligence operation. 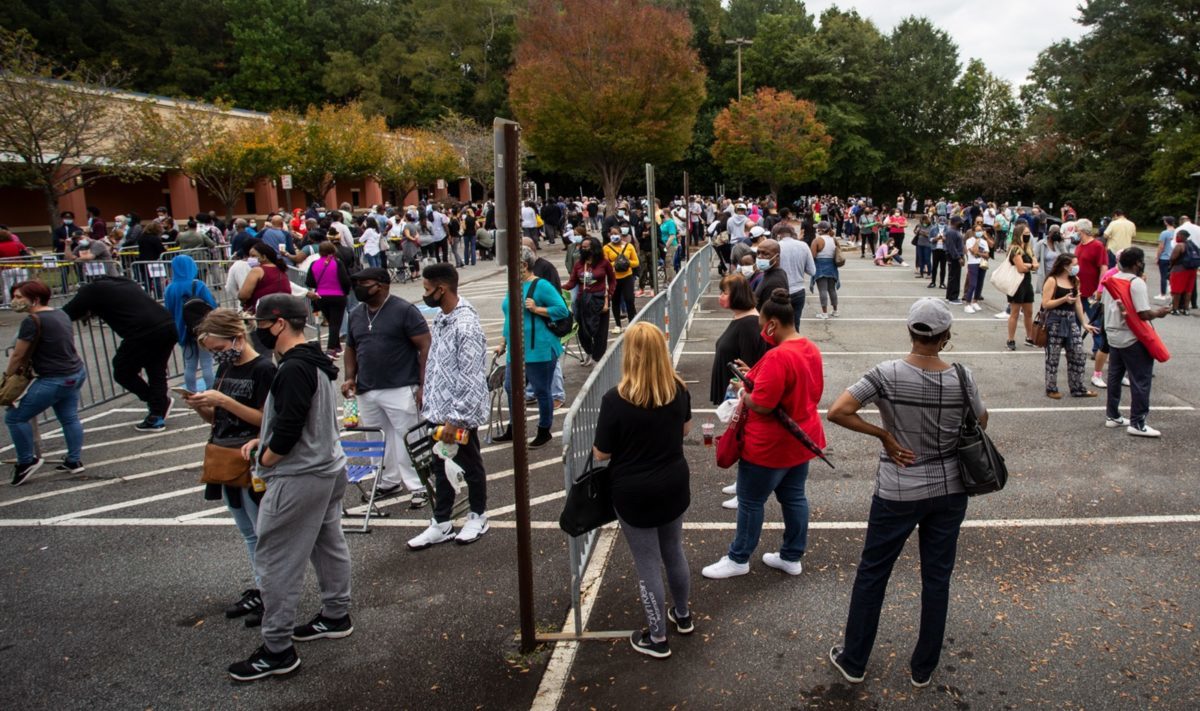 Thousands of people wait in line for early voting in Marietta, Georgia, Monday, Oct. 12, 2020. Georgia saw record turnout, as did other states.