This week the public was given little information about Trump’s health and recovery from the coronavirus, including basic questions like when he last tested negative or his medical status. Even by Trump’s standards, this week he acted extraordinarily crazed and erratic — both in his actions and his words. House Speaker Nancy Pelosi questioned if Trump was in “an altered state,” as it was unclear if a steroid he was taking as treatment, which can result in mild to moderate psychiatric side effects, was to blame.

Despite being hospitalized for Covid-19, Trump did not change his approach to the pandemic, like caring about the wellness of those around him, or adhering to safety guidelines. As he plummeted further in the polls, and there was talk of a landslide, he returned to the White House, then the Oval Office, and was eager to get back on the campaign trail, despite likely being contagious. It was remarkable.

Later in the week, Trump made a series of long appearances on Fox and other conservative media, coughing and sounding unhinged, and repeatedly calling on the Justice Department to indict his political enemies. After Michigan law enforcement and the FBI announced arrests in an alleged plot by domestic terrorists to kidnap Gov. Gretchen Whitmer and orchestrate a coup of sorts, Trump, whose words had incited their actions, fanned the flames further by seeming to side with the 13 suspects, some who had links to the national “boogaloo” anti-government movement, and criticizing Whitmer. 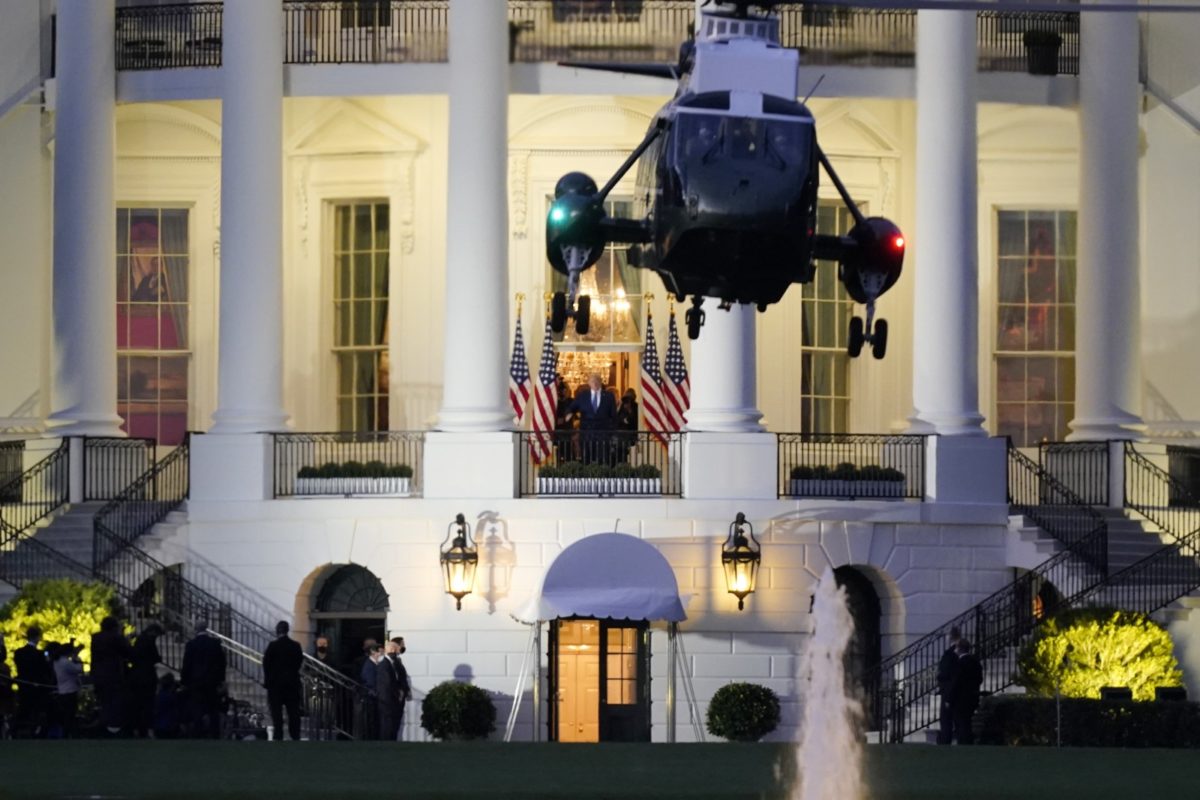 Trump, standing on the Blue Room Balcony, watches Marine One fly off after arriving back at the White House, Monday evening, Oct. 5, 2020 in Washington, after being treated for COVID-19 at Walter Reed National Military Medical Center. The president’s personal physician, Dr. Sean Conley, told reporters on Monday afternoon that Trump is not out of the woods yet, but that there is no care at the hospital that the president cannot get at the White House.