On Thursday of this week, around 5 p.m., I tweeted that this week was unusually quiet in terms of the chaos, and was on pace for the fewest broken norms in 2020. I wrote that I was not sure what to attribute it to, but “We might be heading toward the end.” Hours later, Bloomberg News reporter Jennifer Jacobs broke the news that Hope Hicks had tested positive for coronavirus, which led to a cascade of disclosures. Shortly after midnight that evening, Trump announced on Twitter that both he and First Lady Melania were also positive.

The original plotline seemed to set Hicks up to be the patsy, but within the next 24 hours, it became clear that most top Republicans contracted the virus at a White House reception for the announcement of Trump’s nominee for the Supreme Court, Amy Coney Barrett, held Saturday, even before Ruth Bader Ginsburg was buried.

Ahead of these disclosures, the Times had a bombshell story on Sunday, disclosing for the first time information on two decades of Trump’s tax returns. This week was also the first presidential debate, which many pundits pegged as the worst in modern history. Trump was an unhinged, raging, maniacal mess, who delivered no campaign message but anger. One startling takeaway was Trump’s refusal to condemn white supremacists. Again. In fact, he ordered far-right hate group the Proud Boys to “stand back and stand by.” He also spewed a series of lies about election fraud, and continued to undermine the validity of the upcoming election. The Times noted in a front page story that the country has successfully held presidential elections since 1788, but “now faces the gravest challenge in its history to the way it chooses a leader and peacefully transfers power.”

As the week came to an end, Trump was admitted to Walter Reed Medical Center. As has been the case in all his years in office, there was no clear communication or truth about his condition. The American people sat on edge with Election Day one month away, unsure about his condition, and even when he tested positive for the virus. 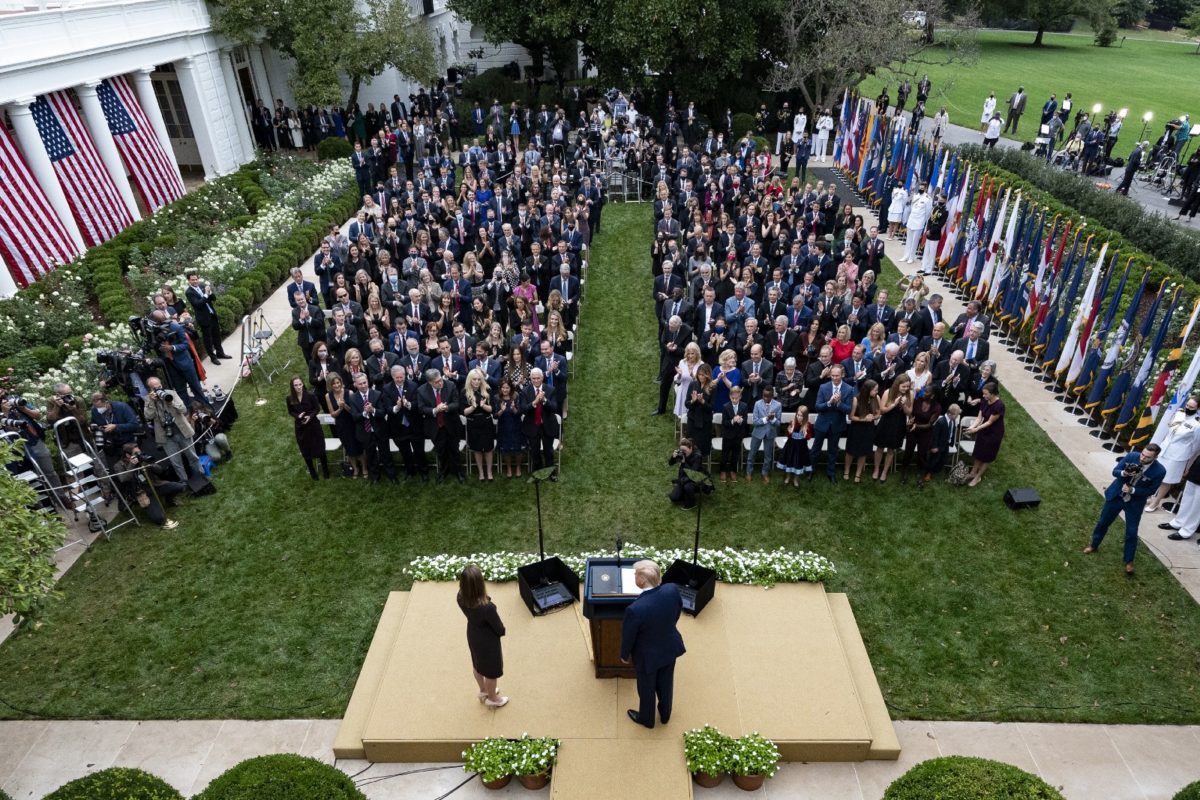 In this Sept. 26, 2020, photo President Donald Trump, center, stands with Judge Amy Coney Barrett as they arrive for a news conference to announce Barrett as his nominee to the Supreme Court, in the Rose Garden at the White House in Washington.