This week Trump said he would not accept a peaceful transition of power — a remarkable, unprecedented statement. While there was pushback in the form of the Senate voting for a resolution affirming its commitment to a peaceful transition — without mentioning Trump by name or condemning his statement — Trump persisted with his lies about mail-in ballot voter fraud, and refused to back down.

While polls show Biden winning nationally and in battleground states won by Trump in 2016, Trump’s threat, accompanied by an article in The Atlantic saying Trump might try a coup if he loses, left the country on edge — especially with Trump moving forward to appoint a Supreme Court nominee, stacking the court 6–3 ahead of legal challenges. Even Pentagon leaders were reported to be discussing what they would do if Trump tried to use troops on protestors. Yet, while Trump continued to sow doubt about the election, voters requested mail-in ballots in record numbers. States that revealed voting requests data by party identification showed a huge margin of Democrats requesting and sending back their ballots over Republicans.

This week, the U.S. passed the grim milestone of 200,000 dead and over 7,000,000 infected with the coronavirus. By week’s end, the virus was coming back into the spotlight, not only amid rising concerns about the politicization of a possible vaccine and federal health agencies, but also with a new surge in daily cases. 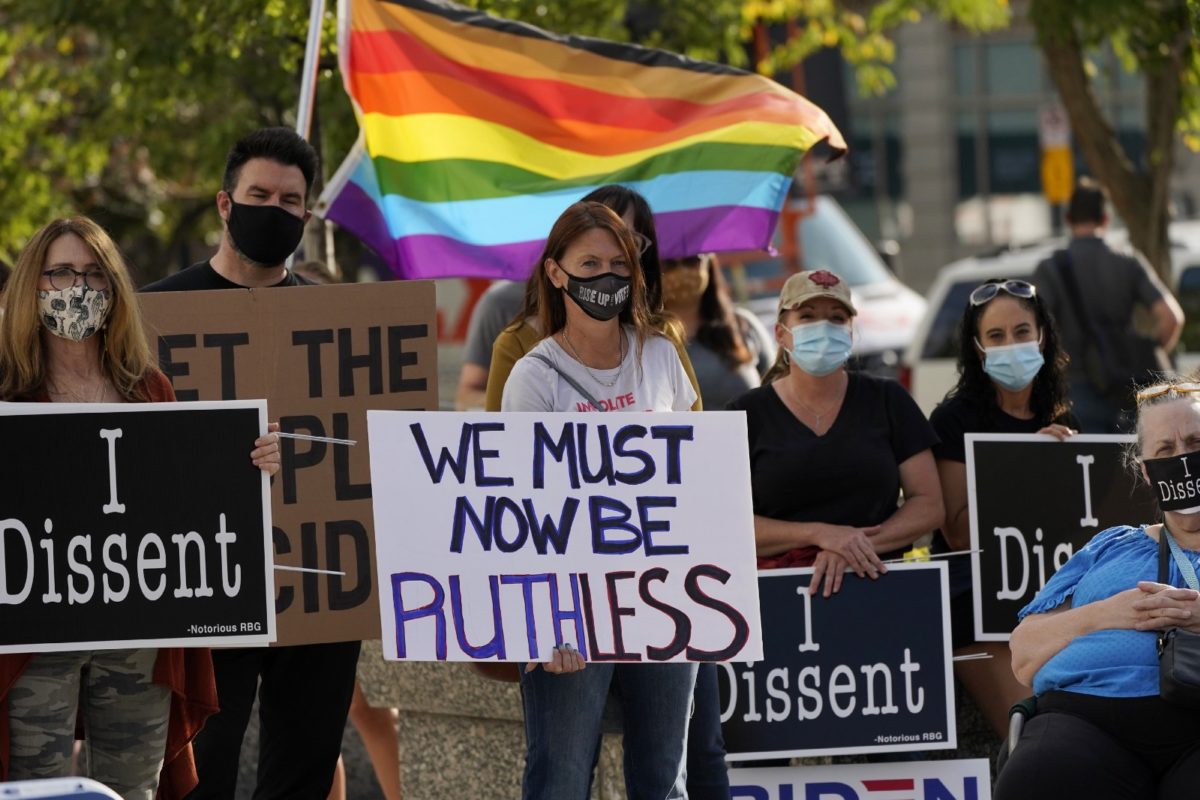 Jamie Carter joins others in front of the Wallace Bennett Federal Building, to honor the late Justice Ruth Bader Ginsburg, one of the high court’s liberal justices, and a champion of gender equality Tuesday, Sept. 22, 2020, in Salt Lake City. With votes in hand, Senate Republicans are swiftly falling in line behind President Donald Trump’s push to quickly fill the late Justice Ruth Bader Ginsburg’s seat on the Supreme Court.