This week, with no discernible post-convention bounce and the election two months away, Trump was frenzied. He started the week with a storm of tweets, and then embarked on espousing a series of bizarre conspiracy theories that made him appear mentally unfit to lead, some of which were then backed in part by Attorney General William Barr — our country’s chief law enforcement officer, who openly lied and obfuscated in a television interview.

While continuing to attack the integrity of the election, Trump encouraged his supporters, at campaign rallies in two swing states and on Twitter, to vote twice, an illegal act. Notably, reporting this week indicated the attack lines used by his campaign, including disparaging the integrity of mail-in voting, nearly mirrored those of Russian intelligence. The entire week felt not only chaotic, but almost surreal given the bizarre conspiracies, lies, and calls for both violence and illegal acts Trump openly floated.

The week closed with blockbuster reporting by the Atlantic on Trump’s disparaging of members of the U.S. military, calling them “losers” and “suckers” for the ultimate sacrifice. A story Trump denied, but was confirmed by the Post, the AP and even Fox News. The story shook the nation, and Trump could not shake its impact on his image as a pro-military strong man as the week came to a close.

In between, this was the longest week so far, by far. There are so many stories that needed focus, and got very little or none. They are recorded here for posterity and to be undone when this nightmare of an era is over. Notably also in the midst of the gravest public health crisis in a century, Trump has managed to undermine the trust in all our public health agencies, as we near 200,000 Americans dead, with projections showing more than double that could die by year-end in the pandemic. 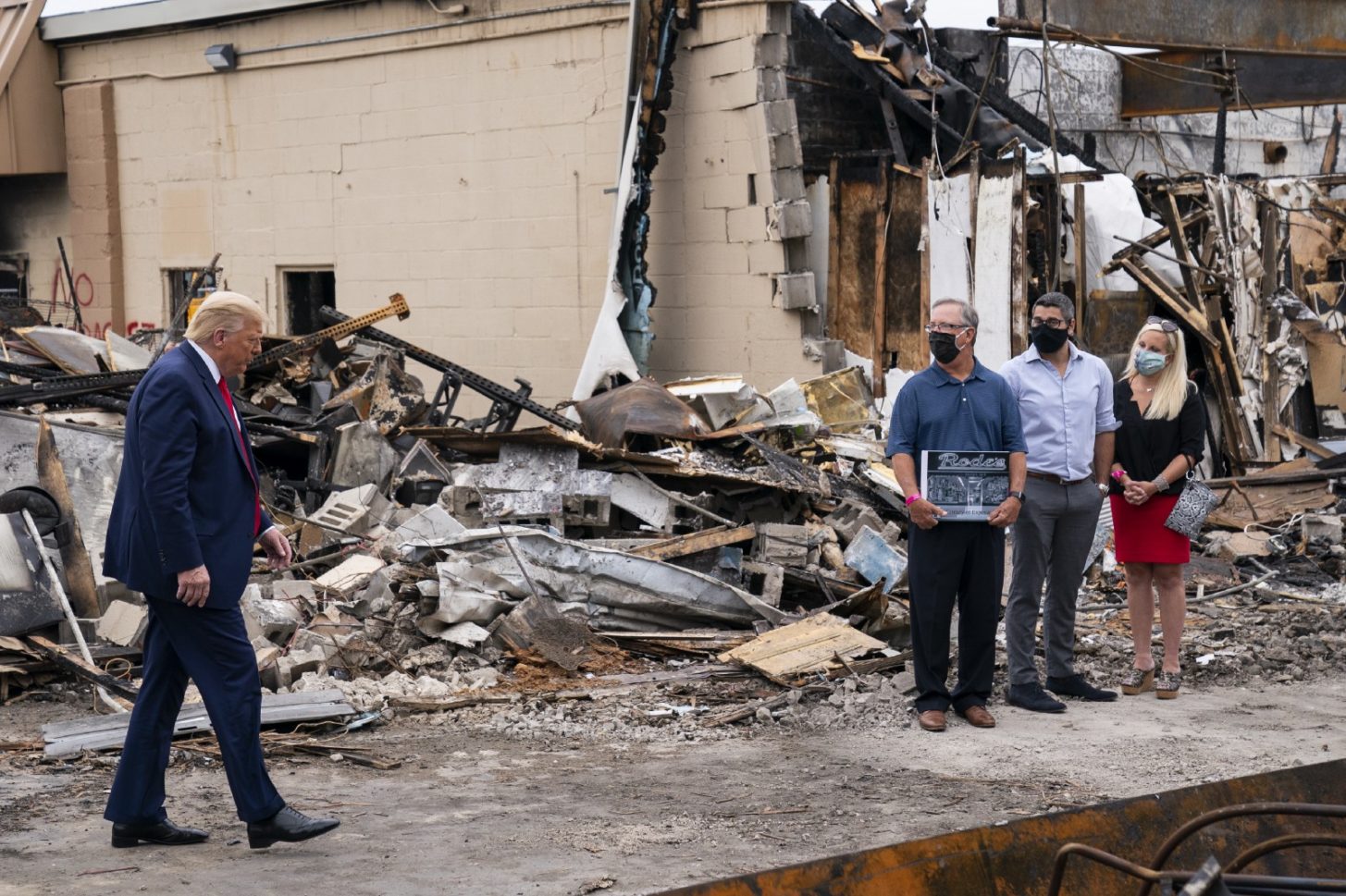 Trump tours an area on Tuesday, Sept. 1, 2020, damaged during demonstrations after a police officer shot Jacob Blake in Kenosha, Wis. It was later reported that the man pictured is not the current owner of the business that was burned down. The real owner declined the White House invitation to participate, saying “I think everything he [Trump] does turns into a circus and I just didn’t want to be involved in it.”