This week, the Republican Party held its convention — which was likened to a Trump convention — a four-day span of shattered norms, and possibly multiple violations of the law. Gone were names familiar to the Grand Old Party, replaced by Trump loyalists and his family members. Republicans, for the first time 1856, didn’t even produce a platform! Instead, the convention was akin to a reality television show, starring Trump every night, full of lies, misinformation, and an alternative reality in which the pandemic was over.

As the election approaches, the Trump regime continues to be increasingly brazen and lawless. This week, the regime threatened a Post reporter by telling him they were building a dossier on him and others, mail continued to pile-up as Trump’s Postmaster General continued to obfuscate, and by week’s end, the director of the Office of the Director of National Intelligence said his agency would no longer brief Congress in person on foreign interference.

Jacob Blake, a Black man, was shot seven times in the back by police in Kenosha, Wisconsin, setting off protests, and later killings by an armed militia member who came from out of state. Disturbing videos from Kenosha, as well as Portland, Oregon, seemed to show police officers in cahoots with far-right hate groups and armed militants. Major league teams protested Blake’s shooting and systemic racism by canceling games, while Trump stoked division and hate. 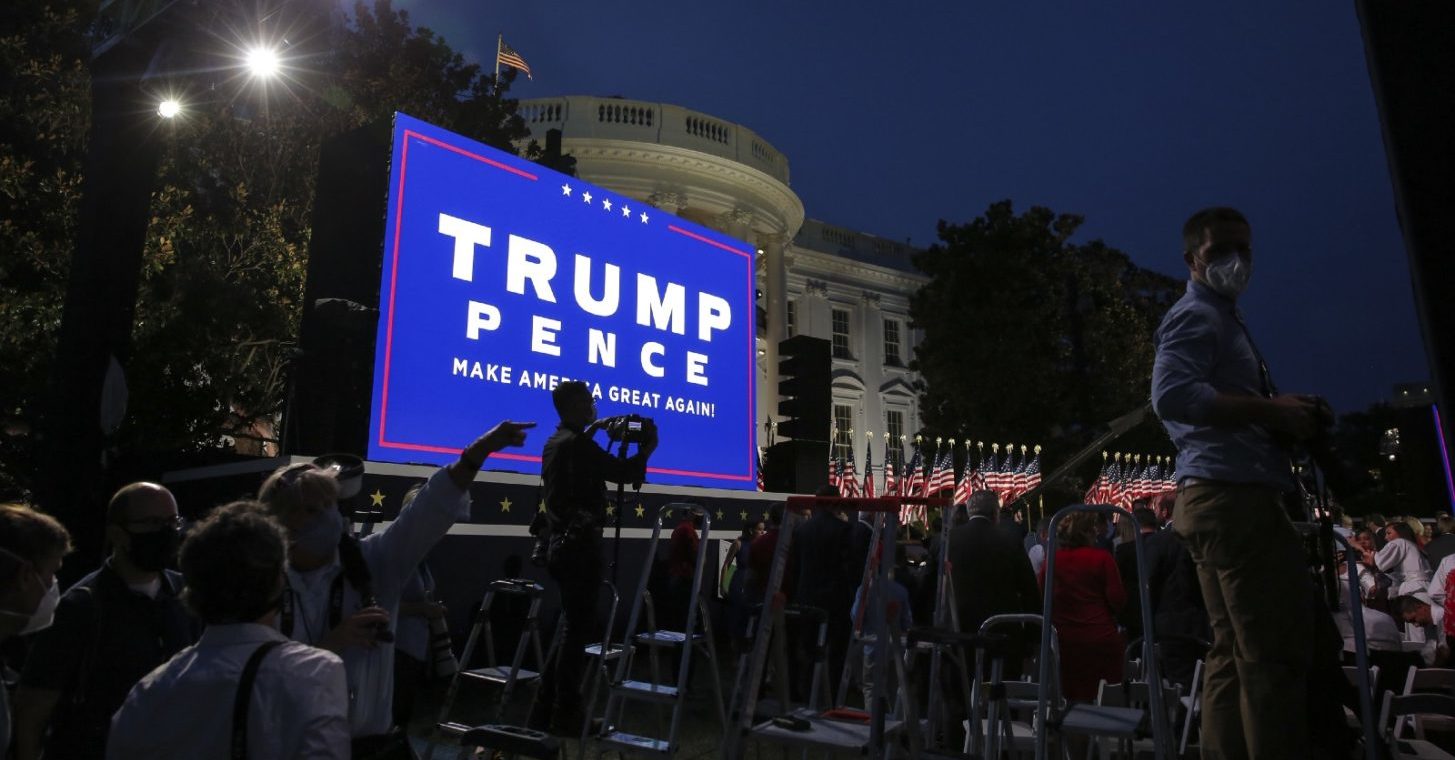 People arrive to President Donald Trump deliver his acceptance speech for the Republican Party nomination for reelection during the final day of the Republican National Convention from the South Lawn of the White House on August 27, 2020 in Washington, DC.