This was the longest weekly list, and it was simply exhausting. The Democrats held a very successful first virtual Democratic National Convention, while Trump spent the week advancing lies and conspiracy theories about voting to undermine the election. Polls continue to show he will lose by a wide margin.

In a break from tradition, both former First Lady Michelle and President Barack Obama gave historic speeches, focused on warning the American people that Trump is a danger to our democracy, and is not capable of doing the job. The emotional speeches were a call to action, from the former first family who had largely has given Trump a chance to grow into the position. Barack in particular portrayed Trump as a grave threat. Meanwhile, nominee Joe Biden gave what was widely heralded as the best speech of his career, in a moving, emotional, optimistic speech of unity, promising light, hope, and competence.

This week, the U.S. Postal Service was front and center, as Postmaster General Louis DeJoy faced public outcry for the slowing mail, and Congressional hearings got underway. Trump tried to gaslight, suggesting the slowing mail was, ironically, a conspiracy theory by Democrats. This week a nearly 1,000 page shocking Senate Intelligence Committee report was released, revealing a deep connection between the Trump campaign and Russia during the 2016 presidential election.

Trump largely abandoned his so-called daily coronavirus briefings, instead holding campaign rallies and some Q&A sessions with the media. Dr. Deborah Birx has largely disappeared from the public, as Trump switched to a radiologist who frequently appeared on Fox News for advice and shares his point-of-view. College reopening, like K-12 openings the week before, got off to a rocky start, with outbreaks on several campuses — again a result of a patchwork strategy, with inadequate testing and few guidelines. 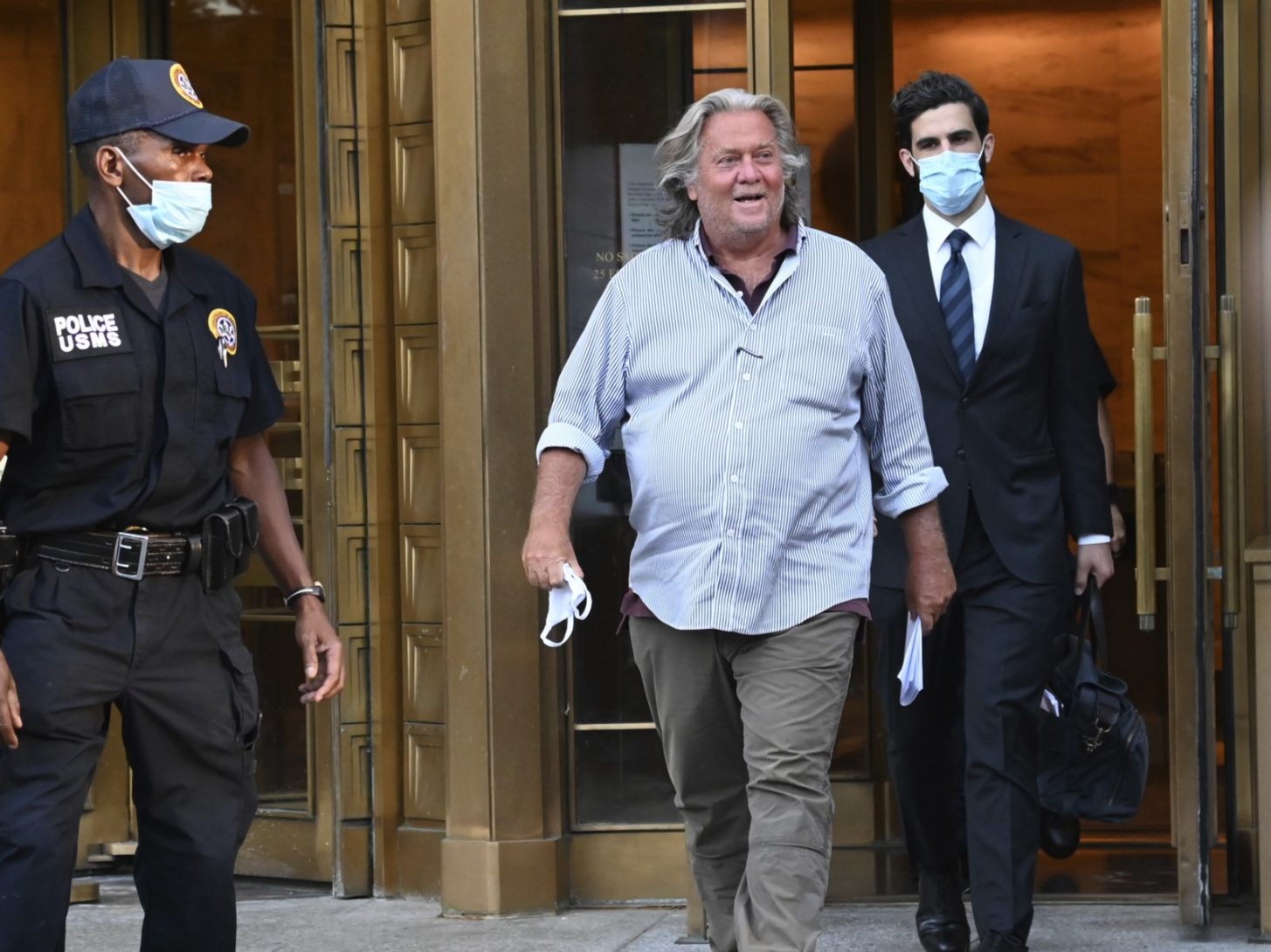 Former White House adviser Steve Bannon exits Manhattan federal court on Thursday, August 20, 2020 in New York. Bannon, 66, pleaded not guilty to charges he defrauded donors to a $25 million campaign to build a border wall and was released on a five million dollar bond.