This week, presumptive Democratic nominee Joe Biden chose his running mate, Sen. Kamala Harris, the first Black and Asian American vice presidential candidate. An oddly unprepared Trump campaign and Republican Party reacted with a deluge of sexist and racist attacks, including shameful accusations of “birtherism.” Trump also threw his support behind a House candidate who espouses the QAnon conspiracy theory and is openly racist, raising serious concerns again about the future of the Republican Party.

This week, as polls continued to show Trump down to Biden nationally and in key battleground states, and despite the pandemic continuing to impact much of the country, Trump openly said he would block needed funding for the U.S. Post Office in an effort to thwart mail-in voting for the November election. An incredible admission, but yet Republicans seemed largely unwilling to call him out, or band with Democrats to protect this basic tenet not only of American democracy, but of everyday life. As democracies around the world looked on in horror at a stolen election in Belarus, Americans were left to wonder if we were next — with Trump’s efforts to compromise the upcoming election.

This was another week full of stories of corruption, kleptocracy, and division, as an exhausted America, that couldn’t even agree on a scientifically proven measure like wearing masks, faced an uncertain election in 80 days. Even as tens of millions of Americans were still without a weekly unemployment payment, Senate Majority Leader Mitch McConnell adjourned the Senate until mid-September, and Trump headed back to the golf course. 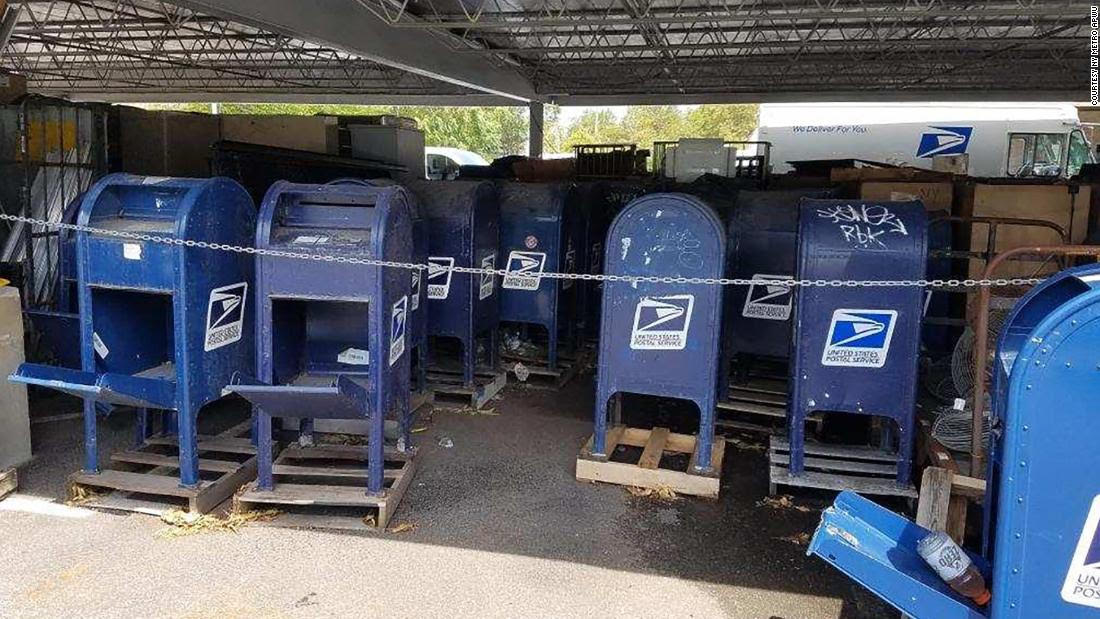 The removal of dozens of U.S. Postal Office blue boxes in a handful of states including Oregon, Montana, and New York this week set off a social media panic and some high-profile attention, causing the agency to say it would stop removing the boxes nationally until after the election. Courtesy NY Metro APWV