This week U.S. intelligence revealed Russia is actively interfering in the 2020 presidential election, with a goal of harming presumptive Democratic candidate Joe Biden. Democratic leaders pressed NCSC Director William Evanina to inform the American people, while Republicans, reminiscent of 2016, tried to obfuscate intelligence by publicly claiming it was unclear Russia was helping Trump, and using the whataboutism that other countries, China and Iran, were also interfering.

This week Trump continued to push for schools to reopen, falsely claiming on Fox News that children are “almost immune” — a clip of which was then pulled by Twitter and Facebook over it being false information on Covid-19. Schools that reopened however, had a shaky start with unclear guidance and patchwork approach. Trump also had another disastrous interview with Axios’s Jonathan Swan, revealing a lack of basic knowledge about the pandemic, and raising concerns about his mental acuity and competency.

This week with the virus spreading and Trump regurgitating the same disinformation, tens of millions of unemployed Americans were without an essential $600 weekly payment to help make ends meet. Trump left town for a long weekend at his Bedminster club, and Republican leaders also skipped town. 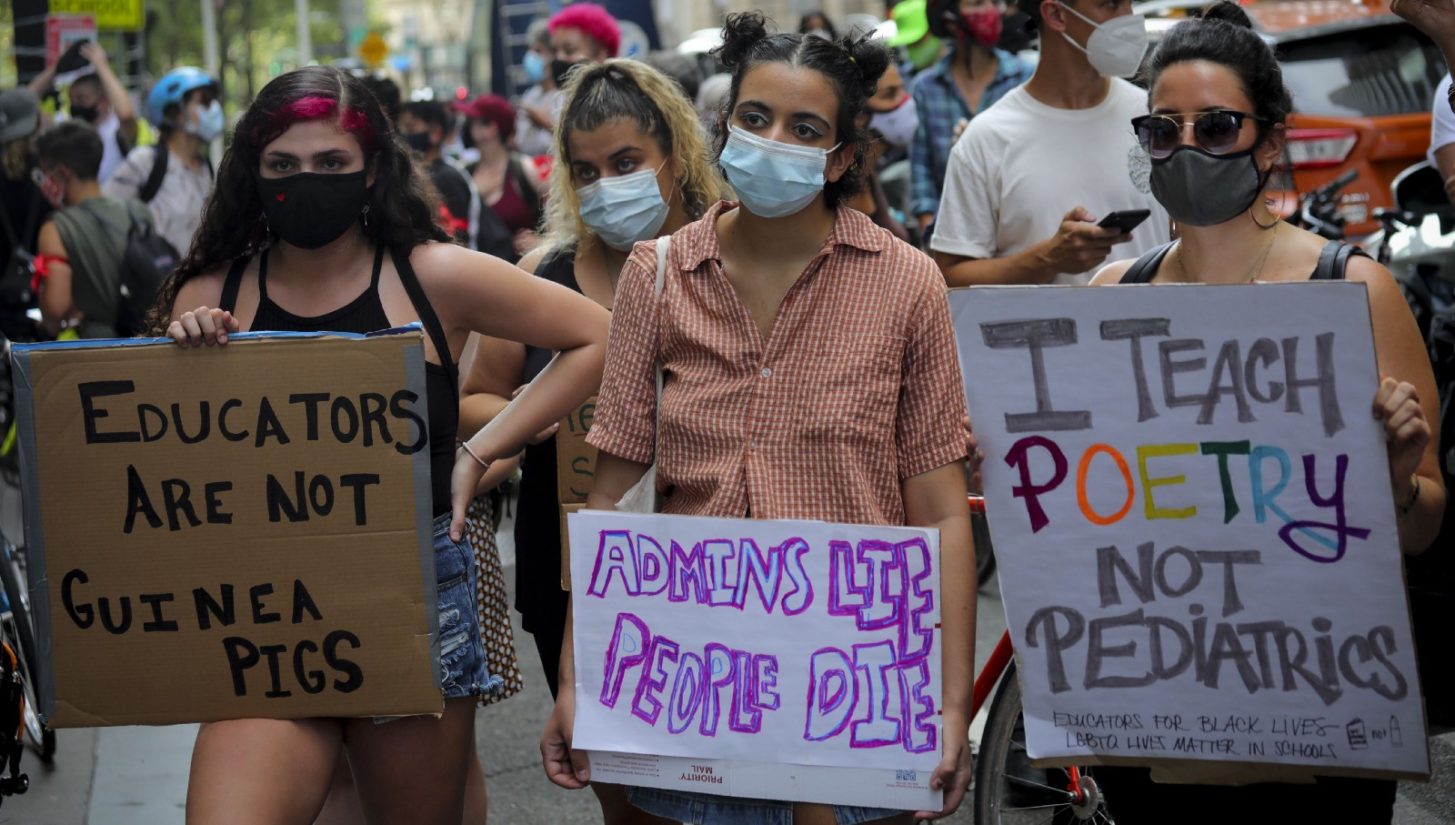 A coalition of teachers, students, and families protest during a rally called National Day of Resistance Against Unsafe School Reopening Opening, Monday, Aug. 3, 2020, in New York. Organizers said New York Governor Andrew Cuomo, New York Mayor Bill DeBlasio, New York City Schools Chancellor Richard Carranza, and the Department of Education must stop the in-person reopening of schools until it is safe for all.