This week, as the coronavirus raged out of control, passing 4 million U.S. cases and 145,000 deaths, Trump resurrected his daily coronavirus briefings — by himself, with no health officials. He also sought to divert attention to Portland, Oregon, where alarming images of unmarked federal law enforcement were seen shoving and tear-gassing growing crowds of Black Lives Matter protestors. Reporting indicated Trump has purposefully picked Portland to create imagery and video content of a culture war, which he continues to flame.

This week a series of stories came out about the corruption of the Trump regime, but in the chaos, got little attention. Reporting indicated Attorney General William Barr was behind Michael Cohen being sent back to prison, and Barr’s rationale for pushing out U.S. Attorney Geoffrey Berman was related to the Cohen investigation, and Barr potentially outed a F.B.I. source on Russia. The Department of Homeland Security was also under fire for admitting the agency had provided false information to justify Trump retaliating against New York.

Meanwhile, Trump was forced this week to retreat on several issues, as his poll numbers continued their plummet, and even some Republicans turned on him or refused to do his bidding. Trump ended in-person rallies, then days later abruptly canceled the Republican National Convention, amid his already imperiled re-election campaign. 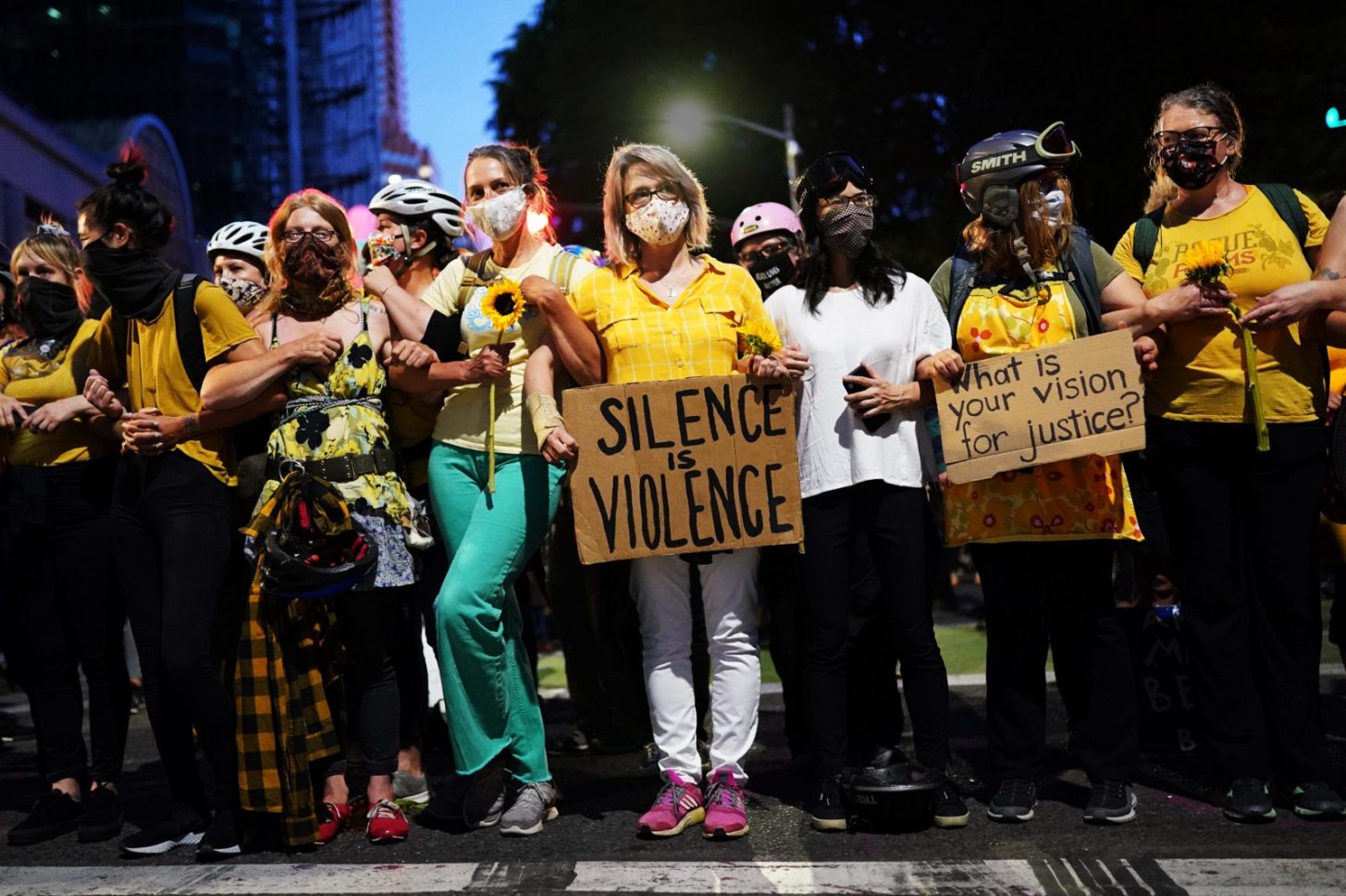 The “Wall of Mom’s” join the months-long protests against police brutality in Portland, positioning themselves between federal police and the crowd to decrease tensions on July 19, 2020 (credit: Nathan Howard).