This week, as the coronavirus raged out of control in many states, Trump sought to discredit Dr. Anthony Fauci, with several members of the regime publicly attacking Fauci’s credibility. Reporting indicated Trump had lost interest in the pandemic, with an adviser telling the Post, Trump’s “not really working this anymore. He doesn’t want to be distracted by it” — as the country hit a daily record 77,000 new cases.

As Trump continued his fall in the polls, he fired his campaign manager, but stuck with his strategy of us vs. them: this week repeatedly invoking the white “suburbs” and stoking not-so-well disguised racist tropes of integration. He turned a Rose Garden speech meant to address measures against China into a bizarre, meandering, hour-long campaign speech — drawing ire from even Fox News.

In new tests of authoritarian boundaries, Trump sent federal law enforcement to Portland, Oregon — uninvited and unwelcome — to quell protests. In what House Speaker Nancy Pelosi described as “unidentified stormtroopers” and “Trump’s secret police,” law enforcement in unmarked cars were seen grabbing protestors off the streets and whisking them away. Trump also sought to hide the extent of the pandemic, by ordering hospitalization data to be sent to Washington rather than the CDC, and threatening to block funding for testing in the upcoming coronavirus relief bill. 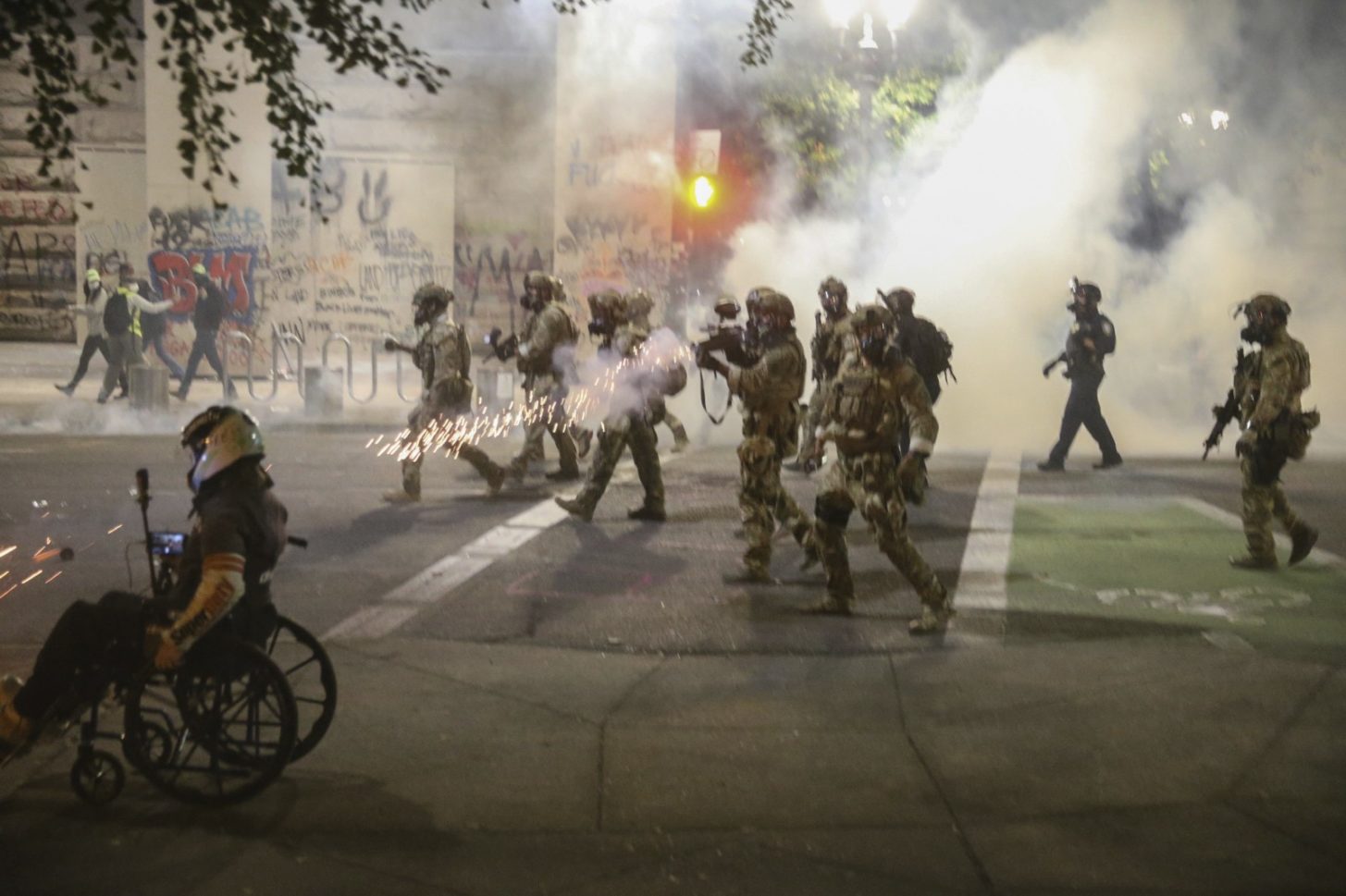 Police respond to protesters during a demonstration, Friday, July 17, 2020 in Portland, Ore. Militarized federal agents deployed by the president to Portland, Oregon, fired tear gas against protesters again overnight as the city’s mayor demanded that the agents be removed and as the state’s attorney general vowed to seek a restraining order against them.