This week the coronavirus spread further out of control, topping 50,000 daily cases for three consecutive days — more than 10,000 higher than the early peak in April. Trump continued to largely ignore the pandemic, refuse to wear a mask, and make the most trusted source of information, Dr. Anthony Fauci, less accessible, leading to confusion in the patchwork of state responses.

This week reporting indicated Trump knew as early as 2019 that Russia had put bounties on U.S. troops in Afghanistan, and several U.S. Marines were killed as a result. Trump pretended he had not been briefed, and after he officially was briefed Tuesday, continued to call the matter a “hoax” repeatedly, and took no steps to hold Russia accountable.

Trump continued to stoke an us vs. them divide in America, invoking a straw man “new far-left fascism” in a divisive, dystopian July Fourth speech at Mount Rushmore, claiming to be the savior of law enforcement and our “heritage.” Even as Trump continued to fall in the polls, and the mood of the nation continued to darken, Trump seemed unable to rise to the occasion, and do anything other than revert to racism and divisiveness — moving in the opposite direction of the country’s mood amid what the New York Times coined the broadest social movement in history. By week’s end, even Republican lawmakers worried Trump would forever associate their party with racial animus. 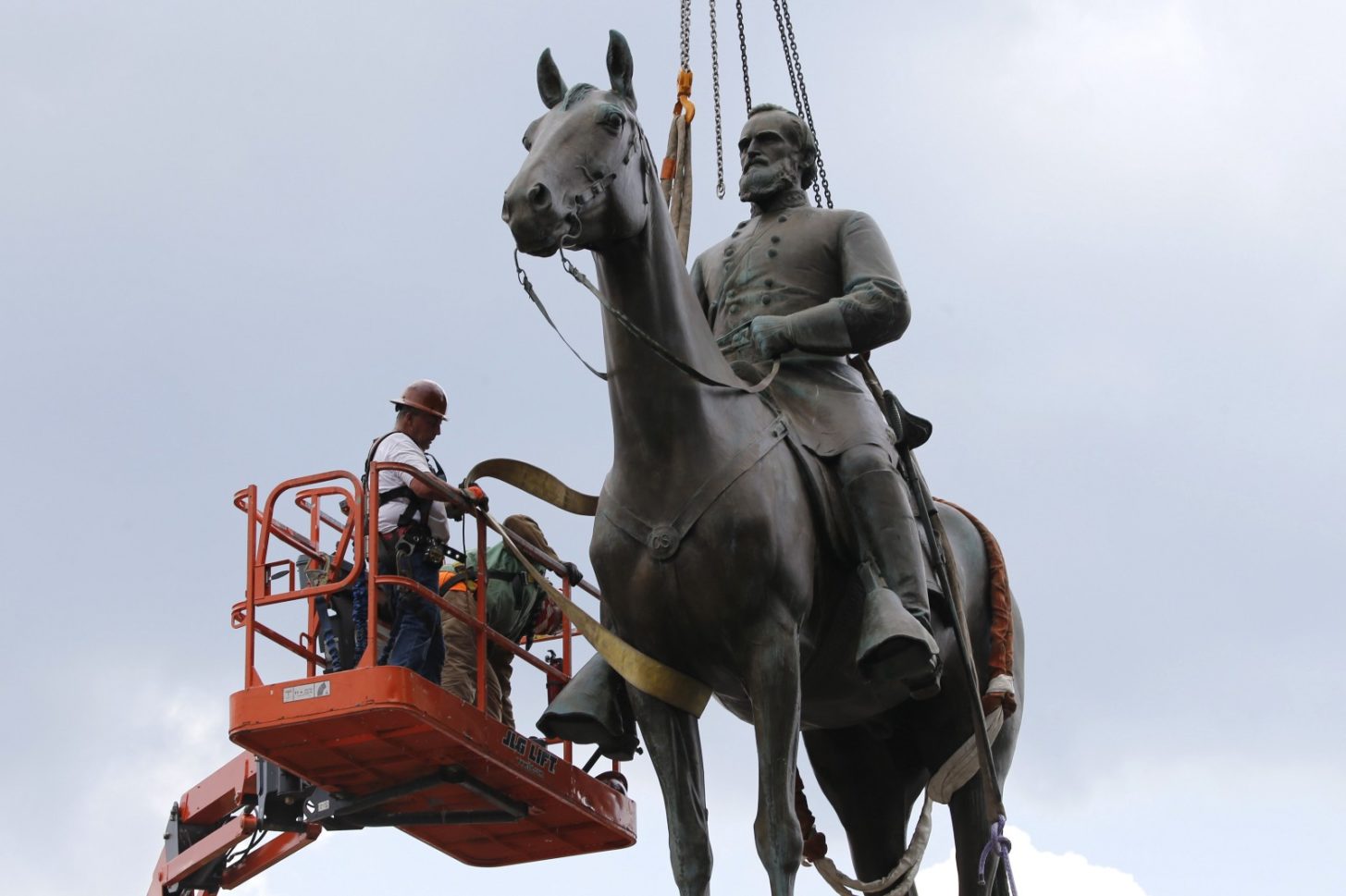 Work crews remove the statue of confederate general Stonewall Jackson, Wednesday, July 1, 2020, in Richmond, Va. Richmond Mayor Levar Stoney has ordered the immediate removal of all Confederate statues in the city, saying he was using his emergency powers to speed up the healing process for the former capital of the Confederacy amid weeks of protests over police brutality and racial injustice.