This week, with his approval dropping and Republicans alarmed about losing the Senate in 2020, Trump shifted away from holding daily task force briefings. Instead, he and his regime sought to portray a great economic recovery coming soon, with the worst of the pandemic behind us. Trump told reporters, “I see the light at the end of the tunnel very strongly,” and Jared Kushner told “Fox & Friends” that the regime’s handling of the crisis was “a great success story.”

While Trump tried to shift the narrative, the death toll passed another milestone — deaths during the Vietnam War — and ended the week with more than 65,000 Americans dead. Trump sought to move the goal posts again for what he could call a “good job,” from 60,000 on April 10, to 70,000 early this week, then by the end of the week to hopefully less than 100,000. As Trump continued to agitate for states to reopen and to back protestors, a patchwork of reopenings played out, as Dr. Anthony Fauci warned that opening too soon would “get us right back in the same boat that we were a few weeks ago.”

This week Trump and his regime focused on shifting blame to China as part of Trump’s re-election strategy. Trump contradicted U.S. intelligence claiming, without evidence, that Covid-19 originated in a lab in Wuhan. Others in his regime and Republican lawmakers turned up the rhetoric and threats of retaliation. 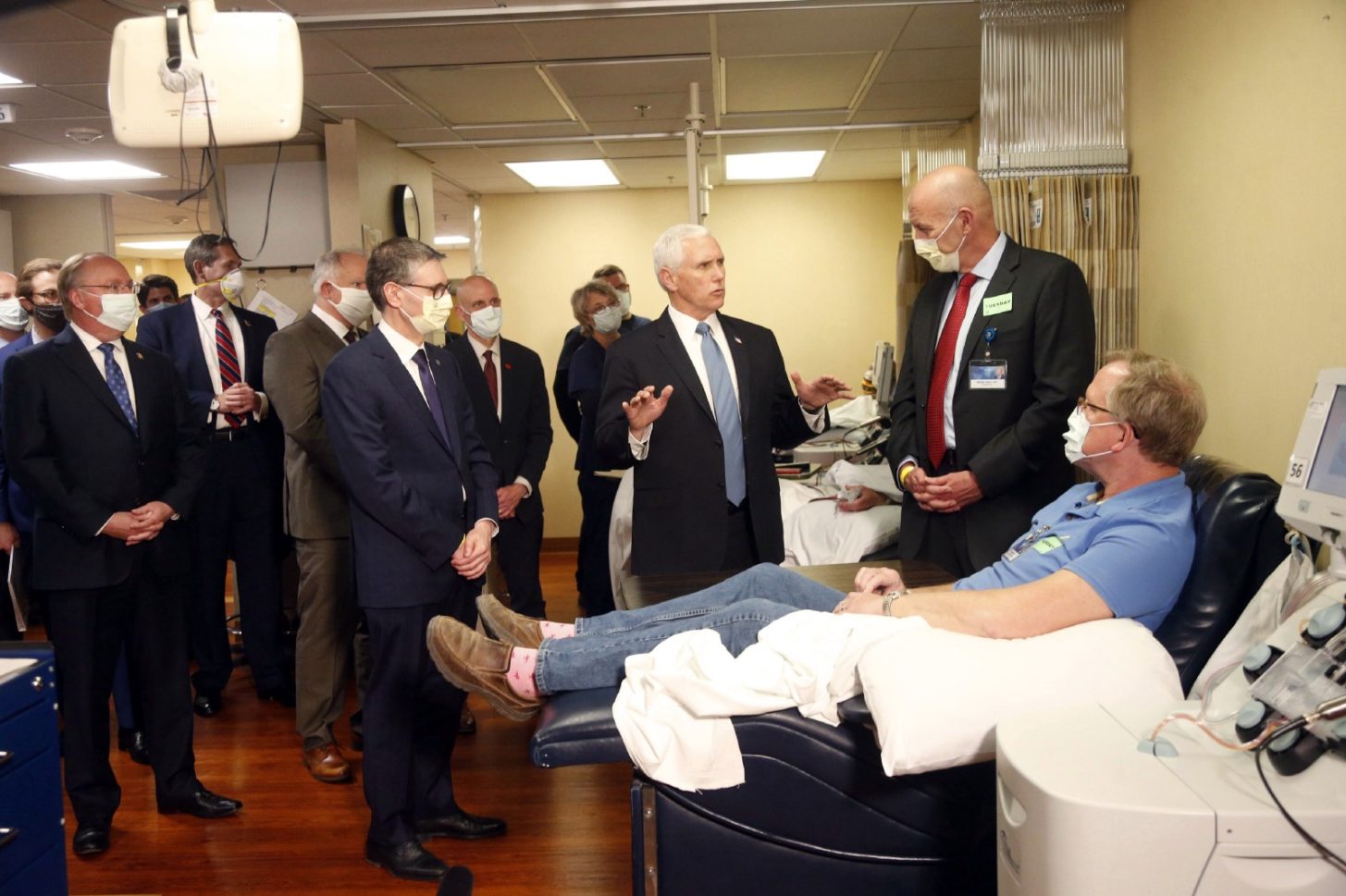 Vice President Mike Pence, center, and Dr. Michael Joiner visit with Dennis Nelson, right, who survived the coronavirus, during Pence’s visit to the Mayo Clinic Tuesday, April 28, 2020, in Rochester, Minn., where he toured the facilities supporting COVID-19 research and treatment. Controversy arose when Pence chose not to wear a face mask at the visit, a hospital requirement.