This was one of the most frightening weeks, as Trump seized on his impeachment acquittal to retaliate against his perceived enemies. Within 48 hours, Trump’s Department of Homeland Security suspended the Global Entry program for New York residents, Trump’s Treasury Department turned over confidential records on Hunter Biden to Senate Republicans opening investigations at his behest, and Trump ousted Alexander Vindman and his twin brother from the National Security Council and recalled Gordon Sondland from his post as U.S. ambassador to the European Union.

The only brakes on Trump’s momentum in seizing power were a visual rebuke by House Speaker Nancy Pelosi, who ripped up Trump’s State of the Union speech on national television while standing behind him, and Sen. Mitt Romney voting to convict Trump of abuse of power, the first senator in U.S. history to vote to remove from office a president from the same party, denying Trump a strictly partisan vote.

Trump closed the week with an event at the East Room in the White House, where he openly praised only those who had stood unequivocally by him, while promising revenge against his enemies, including Pelosi, Romney, and a long list of others, including institutions like the FBI.

Some of us have been calling out Trump’s authoritarian impulses since November 2016. This week the rest of the country not already there, caught up! 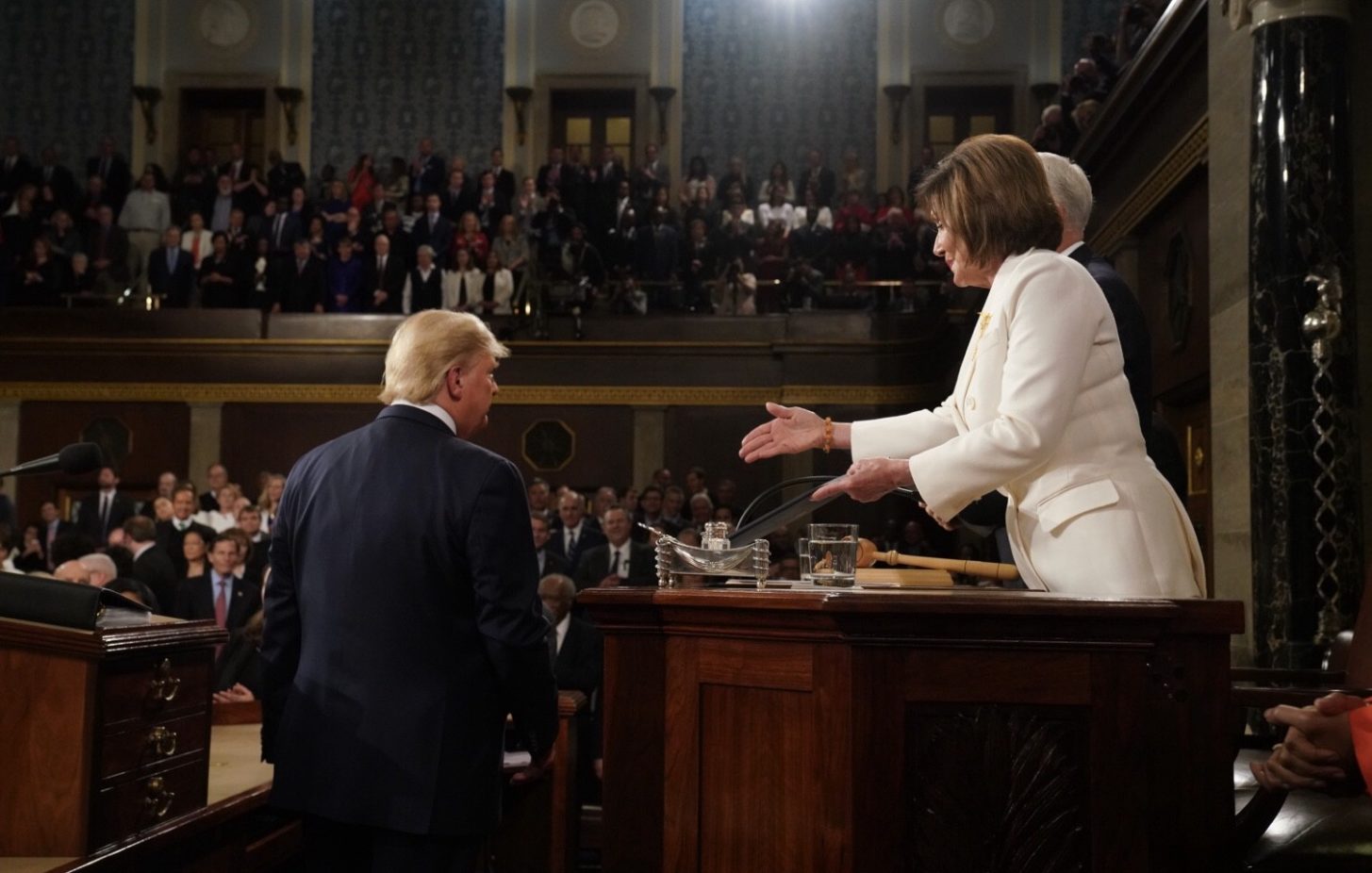 Trump turns away as Speaker of the House Nancy Pelosi reaches out to shake his hand as he arrives to deliver his State of the Union address to a joint session of the U.S. Congress in the House Chamber of the U.S. Capitol in Washington, U.S. February 4, 2020 (Photo credit: the official Twitter account for House Speaker Nancy Pelosi).