This week, despite explosive new allegations implicating Trump in leaked portions of the manuscript for John Bolton’s upcoming book, the Senate voted 51–49 on Friday not to call witnesses, all but ensuring Trump will be acquitted in the impeachment trial. This marks the first time in U.S. history that an impeachment trial will occur with no witnesses. Both House Speaker Nancy Pelosi and Senate Minority Leader Chuck Schumer asserted an acquittal without witnesses and documents would be meaningless.

The gravity of what many viewed as a cover-up was summarized by presidential historian Jon Meacham, who noted after the Senate vote, “Trump may well have now become the most powerful president in American history,” and he is “functionally a monarch at this point.” Meacham added, “think about the long term implications of having a president who is above the law.”

In fact, Trump’s lawyer Alan Dershowitz actually asserted Trump’s actions of seeking foreign help were in the U.S. interest, before reversing himself and blaming the media for misinterpreting his words. The rest of Trump’s legal team danced around questions and obfuscated the truth, leading Pelosi to call on them to be disbarred. Secretary of State Mike Pompeo continued his battle with NPR, kicking one of their reporters off his plane, while Trump congratulated him for verbally attacking reporter Mary Louise Kelly, saying, “You did a good job on her.” 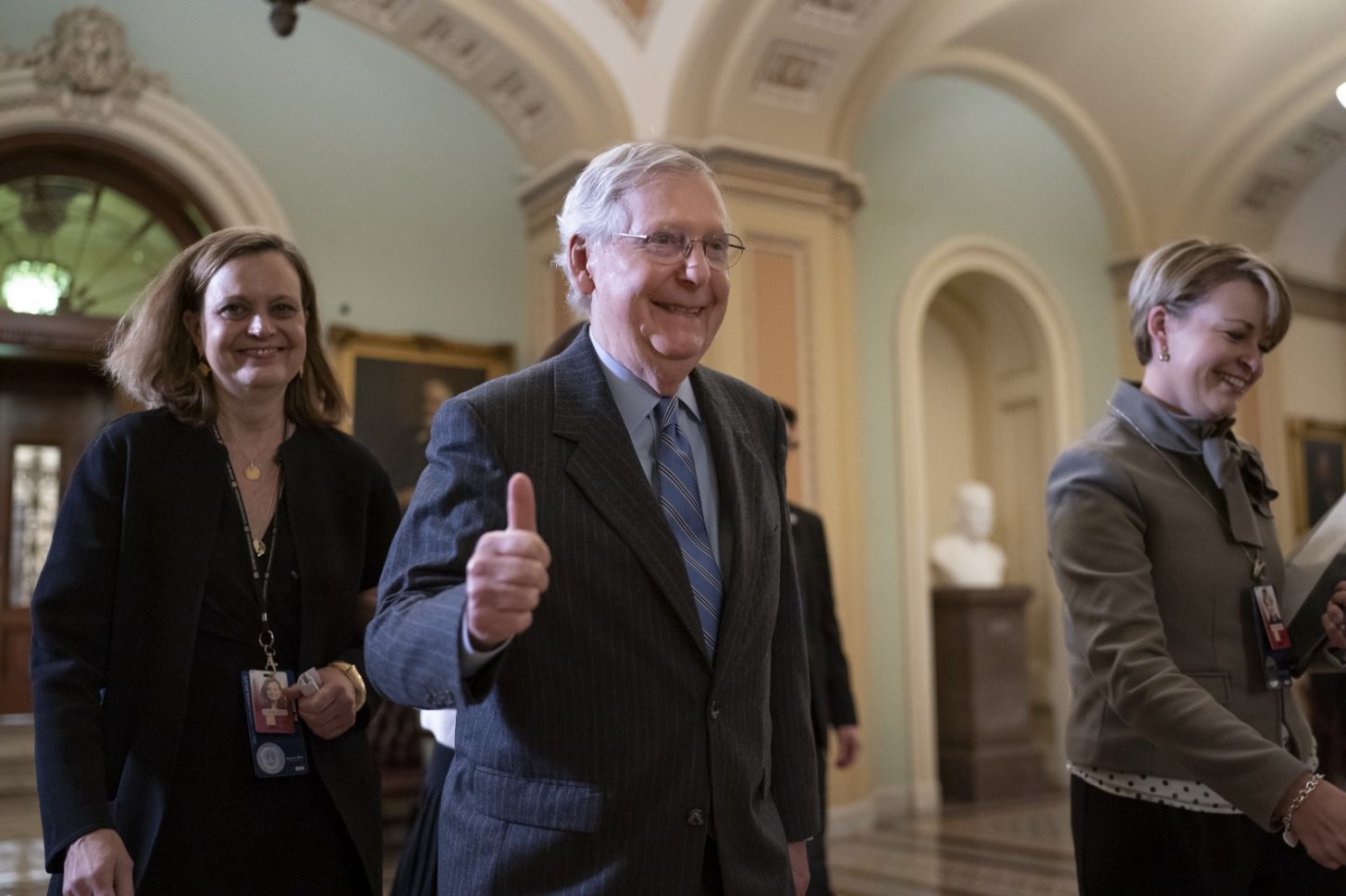 Senate Majority Leader Mitch McConnell, R-Ky., signals thumbs-up leaving the chamber after Republicans defeated Democratic amendment to subpoena key witnesses in the impeachment trial of President Donald Trump on charges of abuse of power and obstruction of Congress, at the Capitol in Washington, Friday, Jan. 31, 2020.