This week the Senate impeachment trial of Donald J. Trump began, even as evidence continued to trickle out. House Democrat impeachment managers made their case for the two articles over three days, laying out their argument with an intricate presentation and appealing to Republicans’ better angels to put partisanship aside for the sake of preserving our fragile democracy. As the week came to a close, it appeared Senate Republicans were unwilling to do so.

The atmosphere of the largely obfuscated Senate chamber was described as that of an elementary school classroom, with Senate Republicans joking and, at times, leaving the chamber in violation of Senate rules while Democrats were speaking. It was unclear by week’s end if Republicans would heed the polling which consistently showed the overwhelming majority of Americans wanted to hear from first-hand witnesses.

At the start of the trial, Trump visited Davos, Switzerland for the World Economic Forum as staffers sought to portray him as a hard working president above the fray; but as would be typical with Trump’s trips abroad, he quickly devolved into making outlandish statements and insulting U.S. allies. On Wednesday, as he returned to Washington, Trump was sending a record volume of tweets and fuming over impeachment and that his defense would be presenting on Saturday, the “death valley” of television ratings. 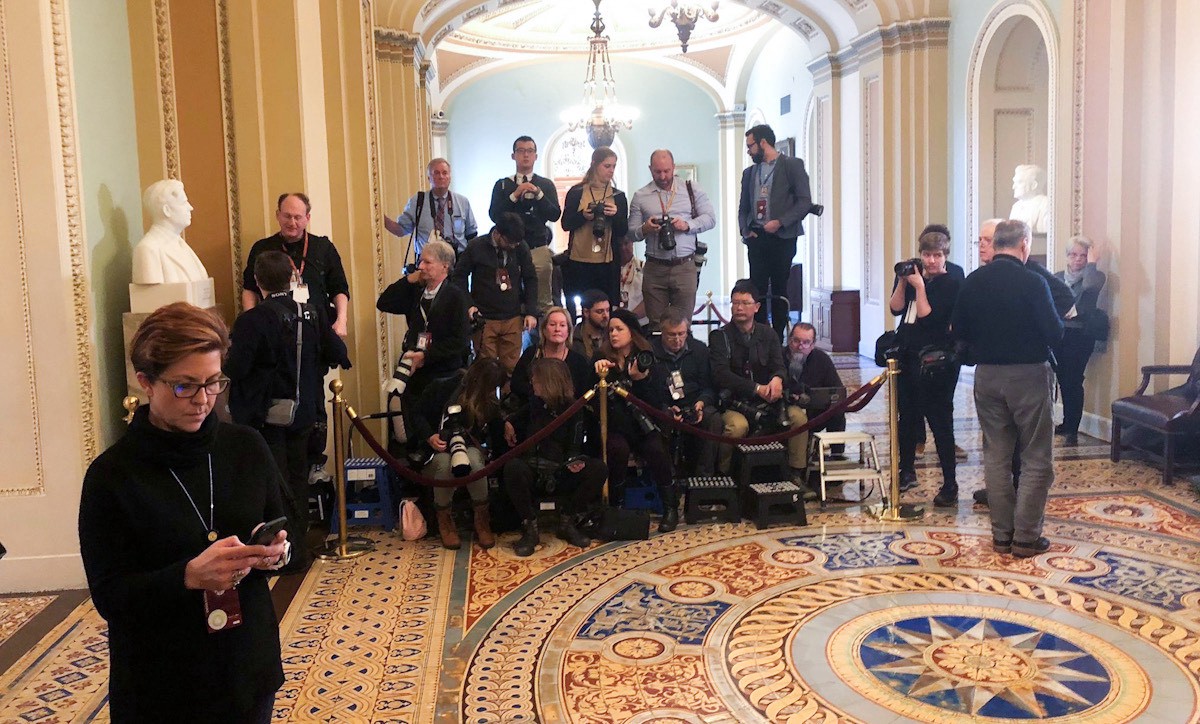 Reporters were kept behind ropes outside the chamber during a break as the Senate continues with the impeachment trial of Trump on charges of abuse of power and obstruction of Congress, at the Capitol in Washington, Wednesday, Jan. 22, 2020. Journalists are being restricted to “press pens” during the trial without normal access to lawmakers. Credit: congressional reporter Matt Laslo