This week marked a subtle shift in House Democrats’ position on impeachment, as House Speaker Nancy Pelosi and her committee chairs cited a “constitutional crisis,” and argued Trump was “goading” them and giving them no choice with his continued stonewalling. The House Judiciary Committee voted to hold Attorney General William Barr in contempt of Congress, and threatened the same for former White House counsel Don McGahn. Trump said he would block special counsel Robert Mueller from testifying, and later in the week backed off. Notably, the Republican-led Senate Intelligence Committee served the first subpoena on a member of Trump’s family, Donald Trump Jr.

There was more reporting on Trump’s irreverence around norms and laws, including his attempts to have McGahn publicly state he did not believe Trump obstructed justice, and dispatching personal attorney Rudy Giuliani to Ukraine to spur investigations likely to help his re-election.

This week was also notable for the hostility towards women and women’s rights in several states, with new pieces of legislation with overtly misogynistic tones enacted or threatened, reminiscent of decades ago. By week’s end, actress Alyssa Milano called for women to protest Georgia’s heartbeat fill through a sex strike. The continued divisions in our country under Trump were also apparent when the World Series Champion Red Sox visited the White House: all the white players attended, while the coach and all but one of the black and Latino players skipped the visit. 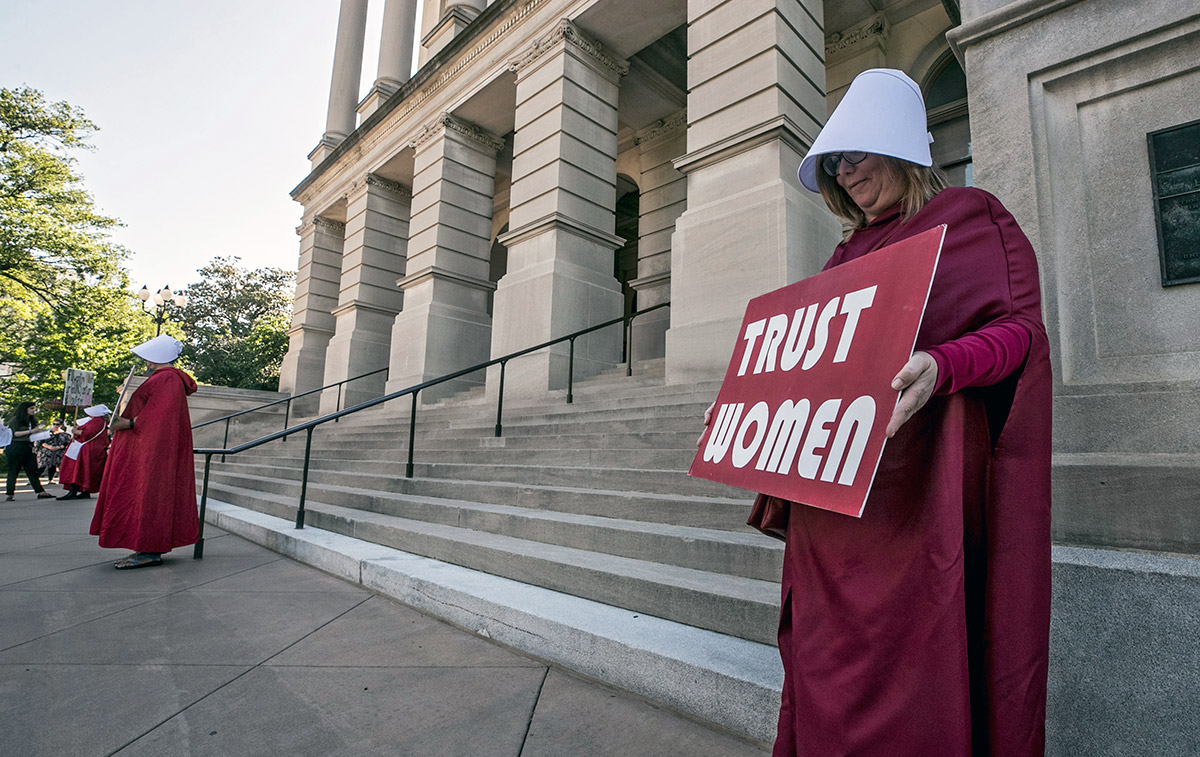 Michelle Disher, from Roswell, and others dressed as characters from “The Handmaid’s Tale”, protest outside the Capitol where Georgia’s Republican Gov. Brian Kemp, was to sign legislation, Tuesday, May 7, 2019, in Atlanta, banning abortions once a fetal heartbeat can be detected, which can be as early as six weeks, before many women know they’re pregnant.