This week a leaked letter sent from special counsel Robert Mueller to Attorney General William Barr days after Barr released his four-page “summary” indicated Mueller did not believe that Barr captured the “context, nature, and substance” of his work. Mueller’s letter, leaked in part to the Post the day before Barr was set to testify before the Senate, shook the country and set off a firestorm, including allegations Barr had lied in previous Congressional testimony. His demeanor at his Senate testimony did little to mollify concern that Barr had acted in concert with Trump’s team to shape the narrative ahead of the redacted report’s release, and was continuing to protect Trump from its contents and repercussions.

House Democrats sounded the alarms and escalated matters as Trump, his family, and regime all continued to stonewall Congressional demands, including a lawsuit to block Deutsche Bank from cooperating with House subpoenas and Barr being a no-show for House testimony. House Speaker Nancy Pelosi wore the gravity of the situation in her demeanor at her weekly press conference, admitting she had trouble sleeping after watching the top law enforcement officer’s performance. Pelosi, who has been committed to avoiding impeachment, was reported to be losing patience.

Trump hit 10,000 lies and has ratcheted up the pace, and this week threatened social media companies and the “deep state” trying to remove him. New stories of corruption and kleptocracy were reported, but still Trump has suffered no consequences for his or his regime’s actions while in office. Trump closed out the week irreverently speaking to Russian President Vladimir Putin privately, and saying they agreed about the “Russian Hoax,” while failing to mention Russia’s ongoing meddling. 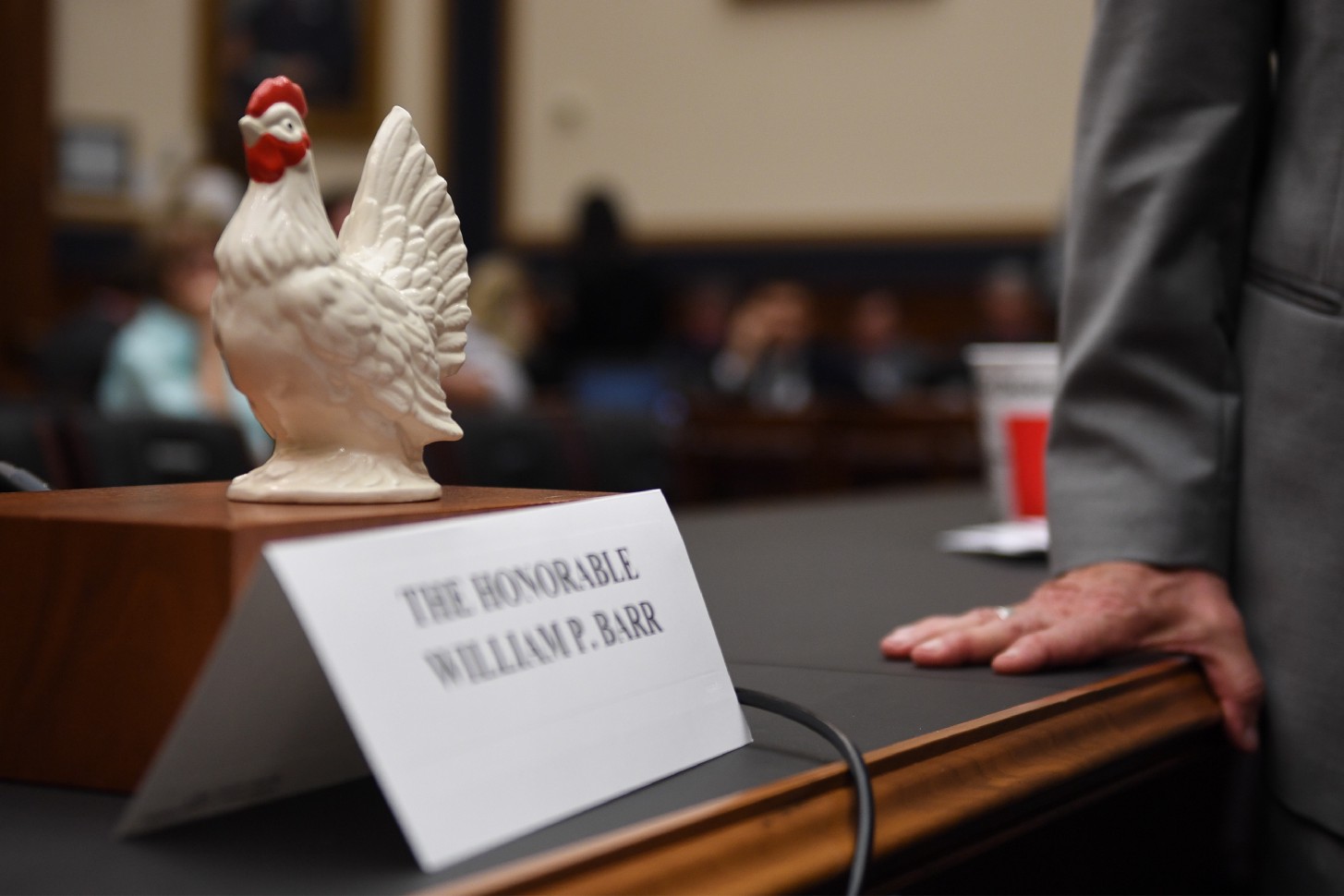 A chicken rests near the empty seat for US Attorney General Bill Barr in the House Judiciary Committee room on Capitol Hill in Washington, DC, on May 2, 2019. US Congressman Steve Cohen placed it after Barr failed to show and the hearing was convened.