This week the FBI thwarted a major domestic terrorism plot by a white nationalist serving as a lieutenant in the U.S. Coast Guard, who had called for the establishment of a “white homeland.” His target list included Democratic politicians and cable-TV hosts, almost all of whom were subjects of Trump’s public ire on Twitter or in words. Nonetheless, Trump continued his attacks on the media, calling them the “enemy of the people,” and repeatedly referring to them as “fake news.” When asked if his rhetoric played a role, Trump responded, “No, I don’t. I think my language is very nice.” Trump has also started in recent weeks to attack fact-checkers as fake news.

Trump ally Roger Stone found himself hauled back into court this week for posting an image of a federal judge next to a crosshairs, while other Trump supporters used words like “civil war” and “coup” on-air as the country waited for Mueller’s findings. In conjunction with his new book, former FBI director Andrew McCabe spoke to media outlets about F.B.I. investigations into Trump, the prospect of invoking the 25th Amendment, and concern that Trump is a Russian asset. In response, Trump spent the week attacking his old, familiar target.

This week stood out in the number of stories on corruption and kleptocracy — perhaps the most to date — and several that in normal times would be front page and top-of-the-hours for weeks; but instead as the chaos continued to consume a wary, anxious, and exhausted country, almost all barely got noticed. Challenges have come and more are expected to Trump’s declaration of a national emergency at the close of Week 118, but like so many other things, this unprecedented and possibly unconstitutional executive fiat garnered little attention this week amid all the breaking news. 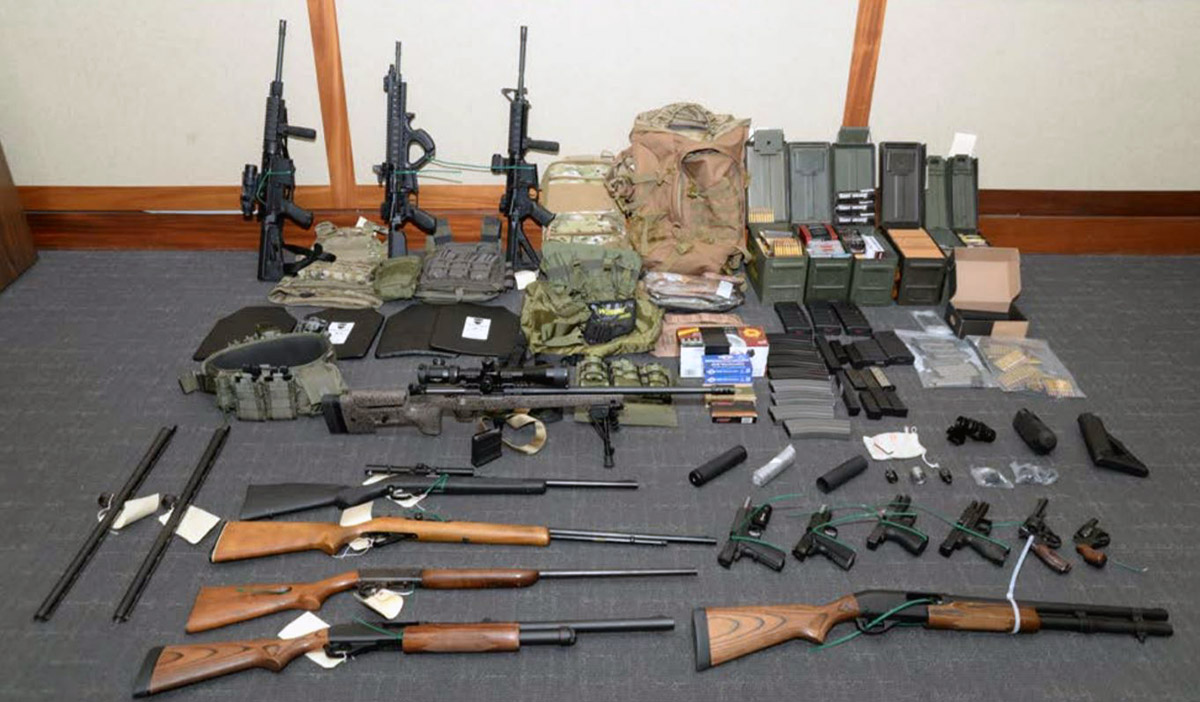 SILVER SPRING, MD — FEBRUARY 21: In this undated handout photo provided by U.S. Attorney’s Office for the District of Maryland, the collection of weapons and ammunition federal agents say they found in Christopher Paul Hasson’s Silver Spring apartment are shown in Maryland. A member of the U.S. Coast Guard, 49-year-old Hasson, was arrested on weapons and drugs violations and is accused of plotting a major terror attack against Americans.