This was a jarring week as Trump declared a national emergency after Congress refused to fund his wall — perhaps his most brazen authoritarian act yet. Trump’s predilection not to govern, but rather rule by an unprecedented executive fiat, set off alarm bells for Constitutional separation of powers, as Trump departed early Friday for a weekend of golf at Mar-a-Lago.

This week the Mueller probe made news as reporting indicated Trump’s former campaign chair Paul Manafort discussed a peace plan for Ukraine and handed off internal polling data in a secretive meeting to a business associate with ties to Russian intelligence, and a search warrant revealed Roger Stone was in direct contact with WikiLeaks while interacting with the Trump campaign —both in the months before the 2016 election.

At a Trump campaign-style event in El Paso, a BBC cameraman was physically assaulted by a supporter — symbolic of Trump’s continued attacks on the media and his stoking of hatred against marginalized communities. Trump’s speech in El Paso and his declaring a manufactured emergency in Rose Garden were both a repetition of disproven lies and exaggerations, as Trump continues to propagate a dystopian alternate reality and act unilaterally. 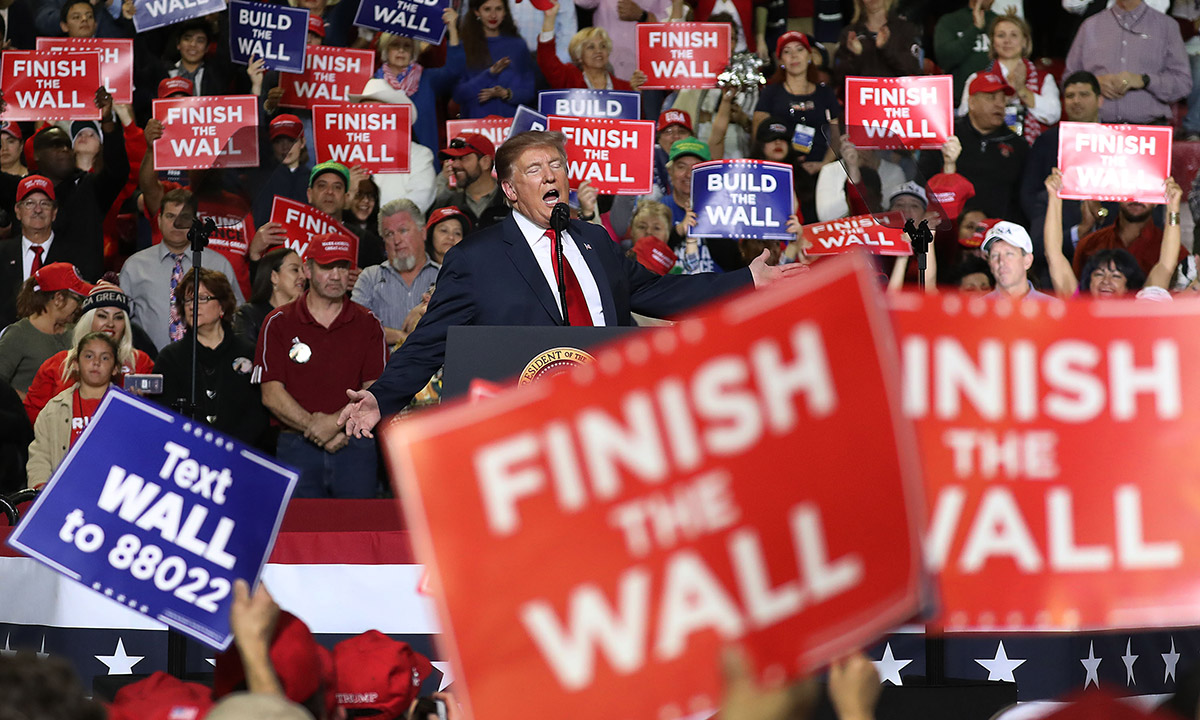 Donald Trump Holds MAGA Rally: Trump speaks during a rally at the El Paso County Coliseum on February 11, 2019 in El Paso, Texas. Trump continues his campaign for a wall to be built along the border as the Democrats in Congress are asking for other border security measures.