This week was filled with news of Congressional inquiries, subpoenas, and investigations, as House committee chairs took the first steps to hold Trump and his regime accountable. Leaks from the regime heightened concerns about a White House rapidly devolving to the Trump Organization, with Trump largely freelancing and acting unilaterally, and taking the advice from a small group of sycophantic insiders.

With the government reopened, Trump delivered an otherwise mundane State of the Union speech, with the most memorable part being his attack on the investigations against him, evoking former President Richard Nixon’s 1974 speech shortly before impeachment proceedings began. Trump continued to push his manufactured crisis at the southern border, sending thousands more troops as he stoked racism and fear.

Other than his State of the Union speech, Trump was relatively quiet in the public sphere this week, with fewer tweets and public comments than his recent more frenetic pace. In addition to the Congressional investigations being launched, more news of subpoenas and investigations of the Trump Organization and its properties surfaced, including the emoluments clause case and inquiries farmed out by the Mueller probe. 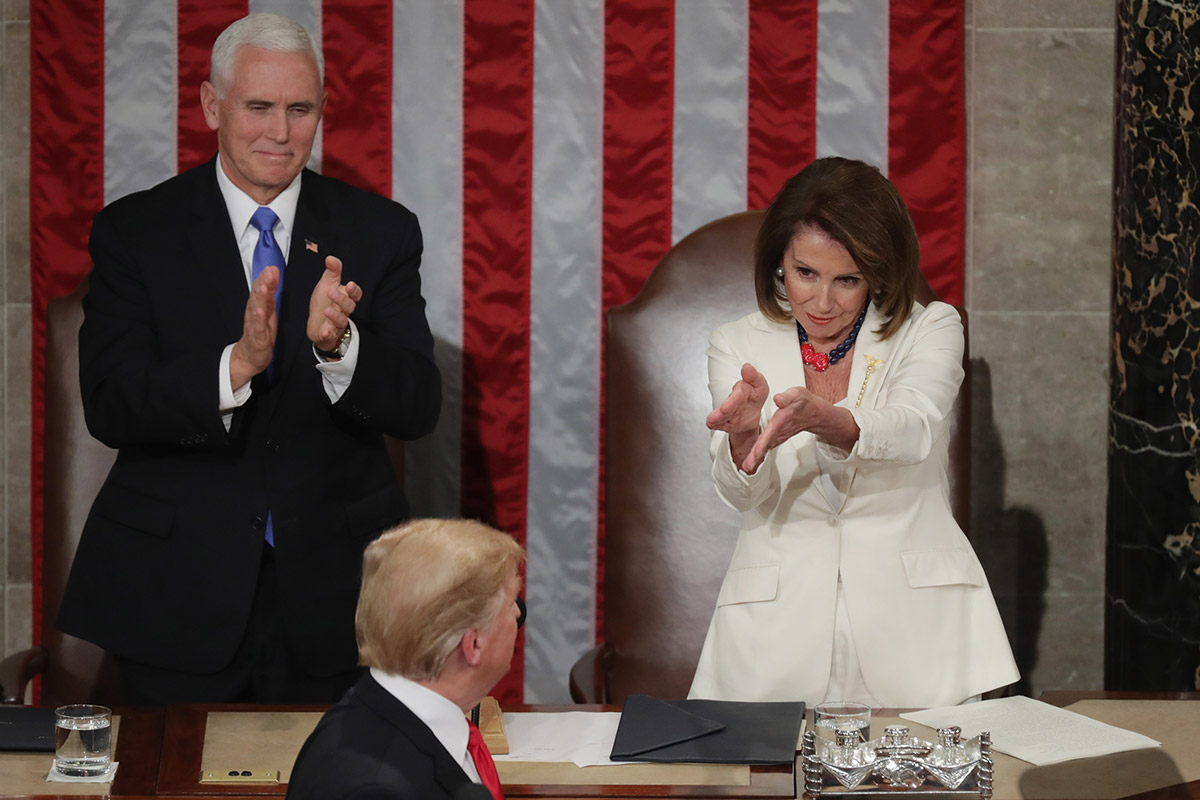 Vice President Mike Pence and Speaker Nancy Pelosi behind Trump at the State of the Union on February 5, 2019 in Washington, DC. After President Trump said “we must reject the politics of revenge, resistance, and retribution — and embrace the boundless potential of cooperation, compromise, and the common good,” Pelosi looked at Trump, he turned around, and she clapped in a sarcastic manner, which went viral.