This week concerns about Trump’s foreign policy were front and center, as the regime rolled back sanctions against a Russian oligarch, and withdrew from the Cold War-era Intermediate-Range Nuclear Forces Treaty — both seen as victories for Putin. The Financial Times reported on a previously undisclosed one-on-one meeting between Trump and Putin at the G20 just months after Helsinki. Congress rebuked Trump’s foreign policy again this week in a piece of legislation drafted by Majority Leader Mitch McConnell over Trump’s withdrawal of troops from Syria and Afghanistan. Heads of U.S. Intelligence agencies testified before the Senate on their annual “Worldwide Threat Assessment,” revealing findings in sharp contrast from Trump on Iran, ISIS, and North Korea, as well as the southern border. Trump reacted by castigating his appointed agency heads, then later inviting them to the Oval office and blaming the media instead.

This week Trump continued to threaten to do whatever it takes to build his wall, including declaring a national emergency if the bipartisan congressional group does not fully fund it. Meanwhile, Trump continued his false narrative that the wall is being built, while spreading other disinformation about immigration and voter fraud. The far-right has increasingly adopted Trump’s strategy of creating alternative realities and embracing conspiracy theories — this week claiming an attack on a gay, black actor was a hoax, and spreading conspiracies about Supreme Court Justice Ruth Bader Ginsburg’s health. The country is increasingly divided, as the U.S. Intelligence assessment also warned that Russia and other countries are looking to sow dissent, spread disinformation, and interfere in future U.S. elections. 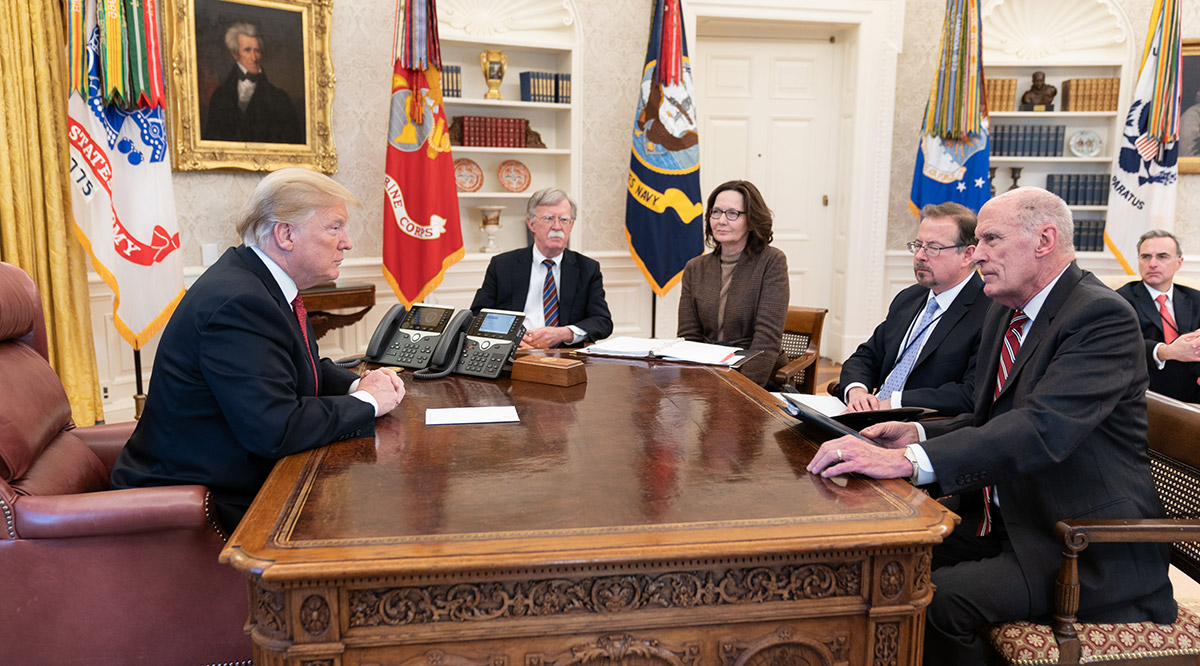