This is the longest and perhaps most perilous week for Trump so far. Not only did House Speaker Nancy Pelosi outmaneuver him in the government shutdown, but by week’s end she was publicly questioning if Trump is beholden to Russian President Vladimir Putin, and if his campaign coordinated efforts to subvert the 2016 U.S. election. Meanwhile, House committees, now chaired by Democrats, geared up to challenge Trump and his regime on a number of fronts, including inquiries into Deutsche Bank’s handling of Trump’s accounts and the regime’s process of granting of security clearances.

This week a sixth Trump insider, Roger Stone, was indicted on seven counts Friday, raising further concerns that the Trump campaign coordinated with Russia to subvert the election. A line in the indictment document, “a senior Trump campaign official was directed to contact Stone,” left pundits speculating if the person directing Stone to gather information on the WikiLeaks’ release of Clinton Campaign emails stolen by Russia was Trump or a family member. Trump attorney Rudy Giuliani also made incriminating public statements about the timing of Trump’s discussions with Michael Cohen on the Trump Tower Moscow project, as Trump continued to publicly threaten Cohen and his family, raising concerns of witness tampering. 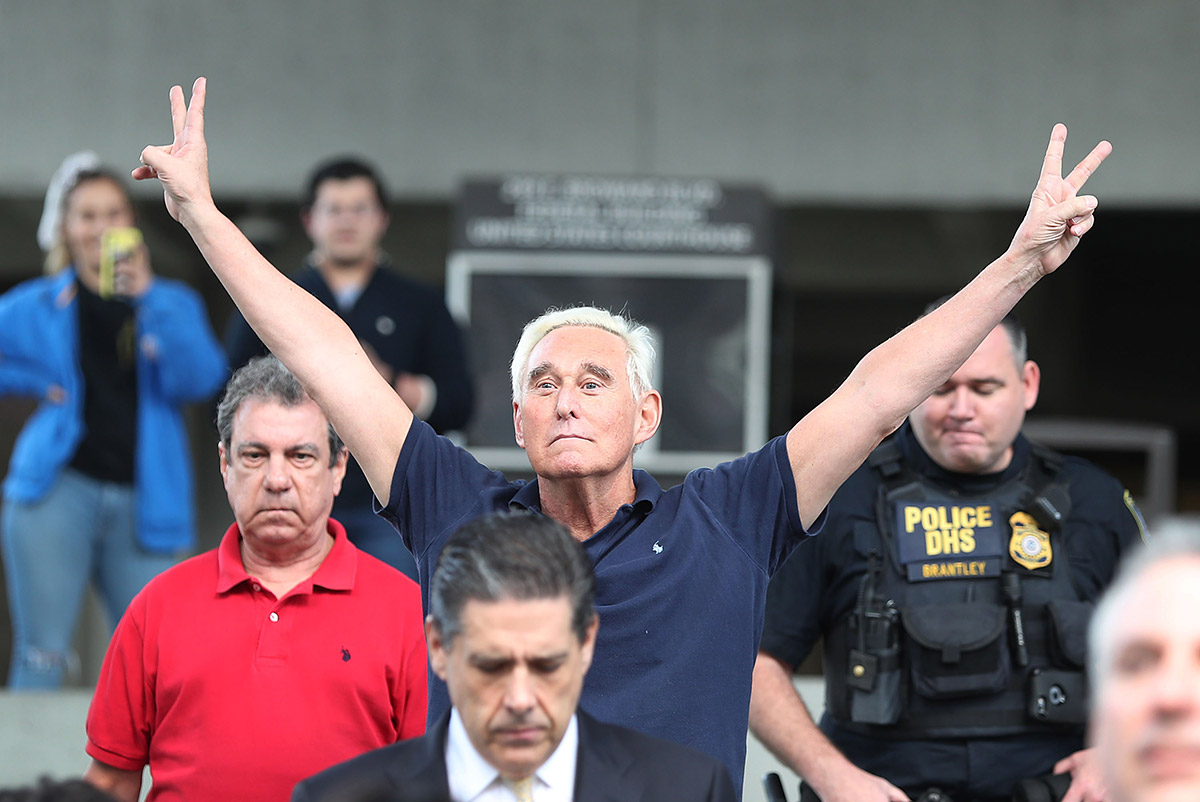