This week marked 29 days of the government being shuttered, with no end in sight. Agencies continued to feel the effects, as thousands of furloughed employees were called back to work unpaid. Federal workers formed blocks-long lines at food banks, and borrowed from retirement accounts to make ends meet. Trump’s approval continued to fall this week, with one poll indicating he is losing support from his base. Conversely, House Speaker Pelosi’s popularity hit a 10-year high as the two did battle, and Trump reckoned with the first check on his power.

This week was full of bombshell stories which, along with the continued shutdown, rocked the country and made people increasingly anxious and scared about the direction of the country. Major storylines included Trump concealing contents of meetings with Russian President Vladimir Putin, Trump’s continued fixation of withdrawing the U.S. from NATO — a boon to Russia, and Michael Cohen paying an IT firm to rig online polls to boost Trump. Trump attorney Rudy Giuliani made headlines, telling CNN, “I never said there was no collusion between the campaign or between people in the campaign,” which he later retracted. A bombshell BuzzFeed News story suggesting Trump directed Cohen to lie to Congress on Trump Tower Moscow was refuted by Mueller’s team, which Trump and his allies quickly weaponized to attack the credibility of the media.

This week had shocking stories of racism and xenophobia being normalized, including a lawsuit citing alarming racism at a General Motors plant in Ohio, a group of white teens taunting a Native American at the Indigenous Peoples March — days after Trump himself invoked Wounded Knee Massacre to attack Sen. Elizabeth Warren who he still refers to as “Pocahontas,” and reports that the regime drastically undercounted the number of migrant children separated from their parents at the southern border. 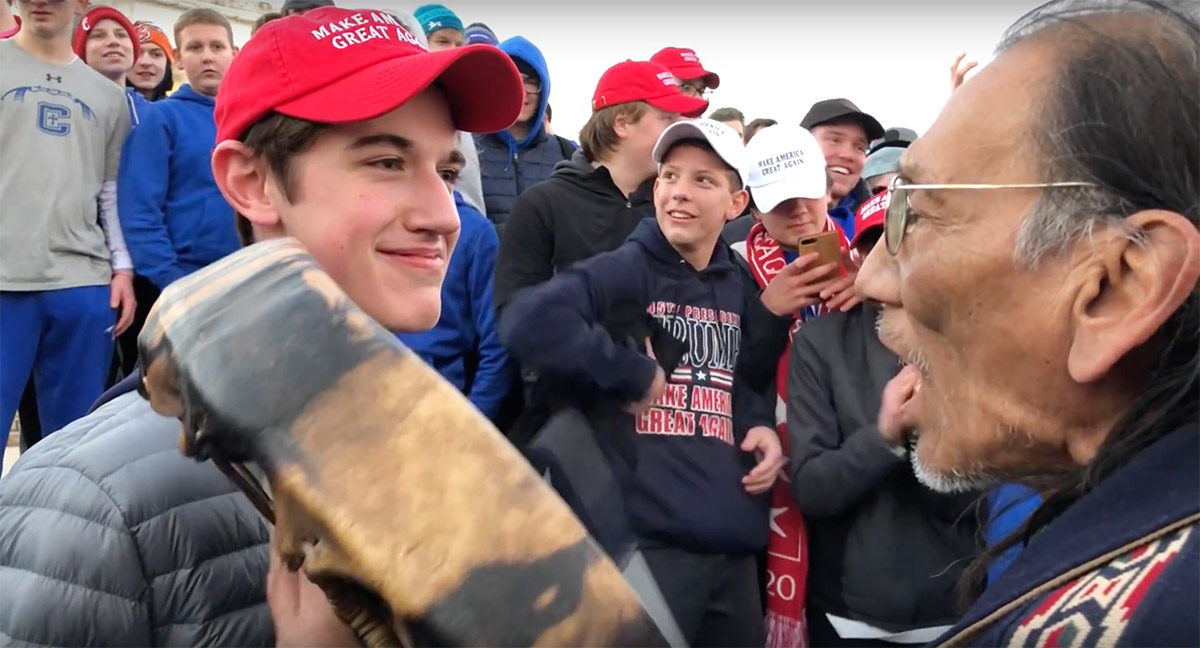