This week Trump struggled to create stagecraft and find narratives to justify funding for his border wall, while keeping the government shuttered. Trump delivered a prime-time Oval Office address, visited the U.S.-Mexico border, and held an immigration round-table to make his case, while the reality of the shutdown hurt federal workers and contractors, and agencies started to cut back or cease operations and functions.

This was a week of bombshells on the Trump-Russia front, as an inadvertently unredacted filing by Paul Manafort’s attorneys revealed Manafort had delivered 2016 president campaign polling data to Konstantin Kilimnik, who the FBI believes has ties to Russian intelligence. Michael Cohen set a date to testify before the House, and Natalie Veselnitskaya, the Russian lawyer with ties to the Kremlin who attended the June 9 Trump Tower meeting was back in the news. Late Friday, a bombshell story by the Times revealed the FBI had opened an inquiry in May 2017 into whether Trump was knowingly working for Russia or had unwittingly fallen under Moscow’s influence.

As the week came to a close, the government shutdown reached Day 22, making it the longest shutdown in history, with no end in sight. Federal workers got their first $0 paycheck on Friday, week three of the shutdown. 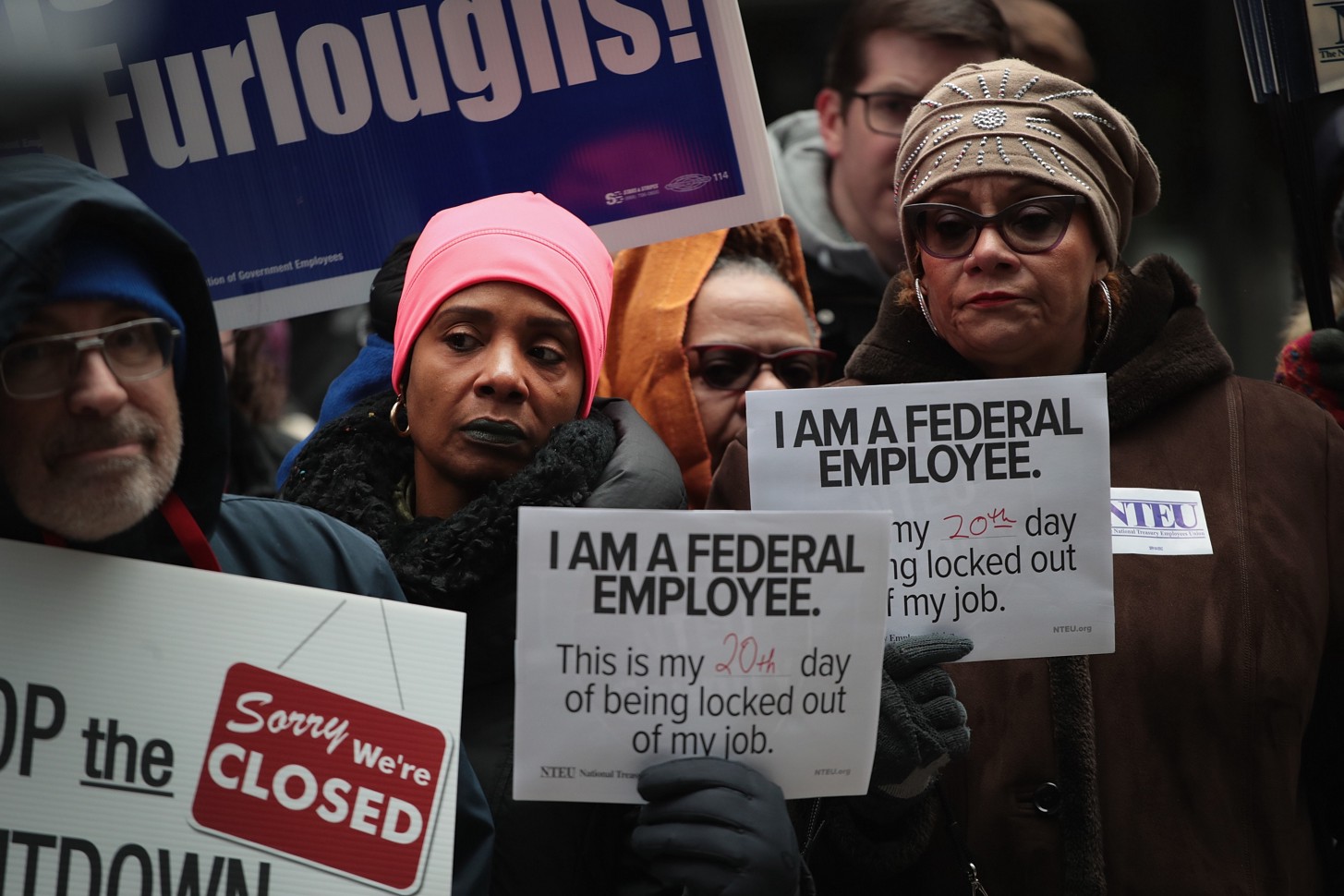 Government workers protest the government shutdown during a demonstration in the Federal Building Plaza on January 10, 2019 in Chicago, Illinois. The protest, on the 20th day of a partial shutdown, was one of several held around the country today.