This week was chaos. Journalist Dan Rather described it as “the Twilight Zone,” and author Stephen King, “The ugliest first week of a presidency in the history of the American republic.” This week, there were numerous articles about Trump transforming America into an authoritarian state (examples here, here, here, here, here). 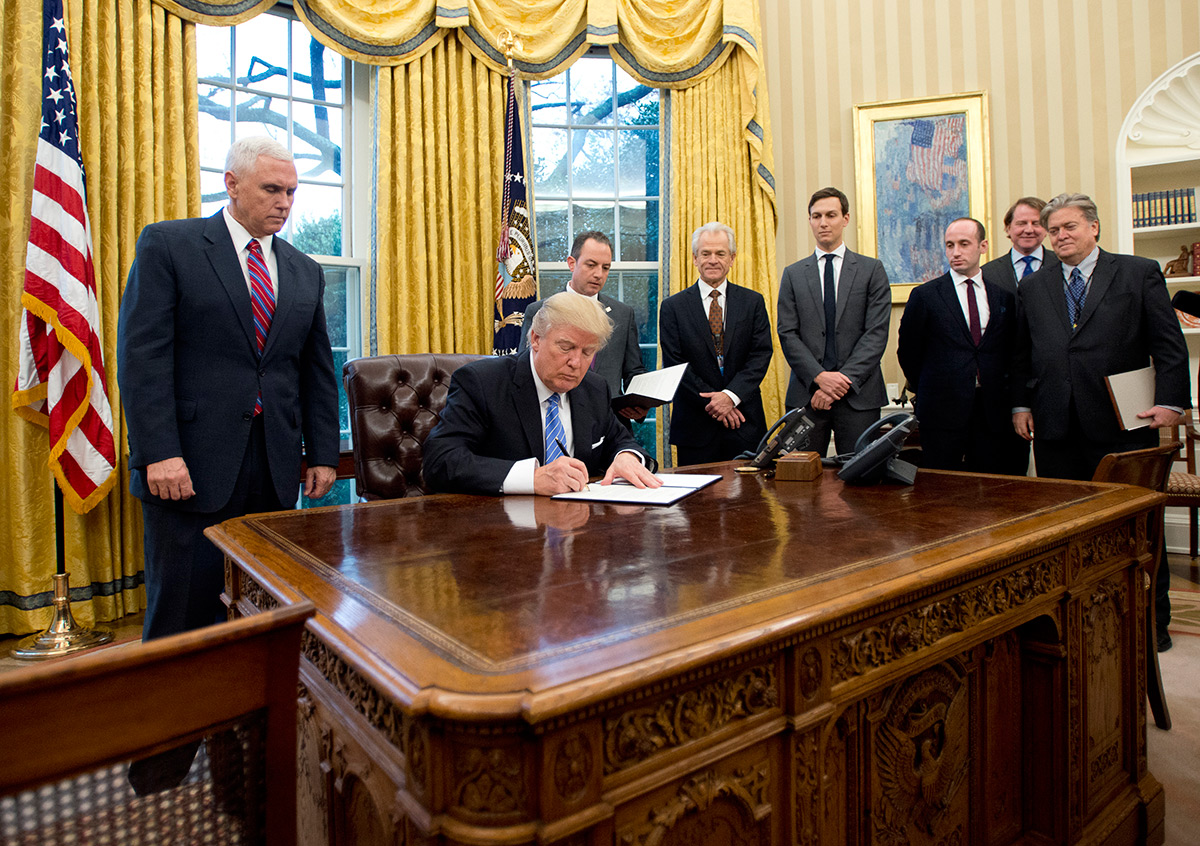 Trump, in a room full of men, signed an executive order reinstating the “global gag rule” which affects women around the world.