This week started with escalations, both between Russia and Ukraine, and at the U.S.-Mexico border. Heartbreaking images and video surfaced from Tijuana of migrants from Central America, including women and children, some in diapers, being showered with tear gas from U.S. Customs and Border Protection. As Trump and the regime sought to justify the use of force, and Republicans remained almost universally silent, other condemned the action, including the Auschwitz Museum which invoked the uprise of Hitler. This, as data and reporting continues to point to a dangerous uptick in right-wing violence and acts of, and normalization of, hate.

This week the Mueller probe was center stage, as Trump stepped up his attacks to discredit Mueller ahead of the findings being released. The week started with focus on Jerome Corsi and Roger Stone as possible conduits between the Trump campaign and WikiLeaks. Until a bombshell Thursday, when Michael Cohen outlined in a plea agreement how he misled Congress about negotiating on the Trump Tower Moscow. Cohen said negotiations continued until June 2016, and that Trump and his children were also in the loop. Cohen’s documents made clear that other members of the regime, including Donald Jr., may have lied to Congress, and also called into question Trump’s written answers in the Mueller probe, submitted under oath in recent days, on his and his campaign’s contact with Russians. 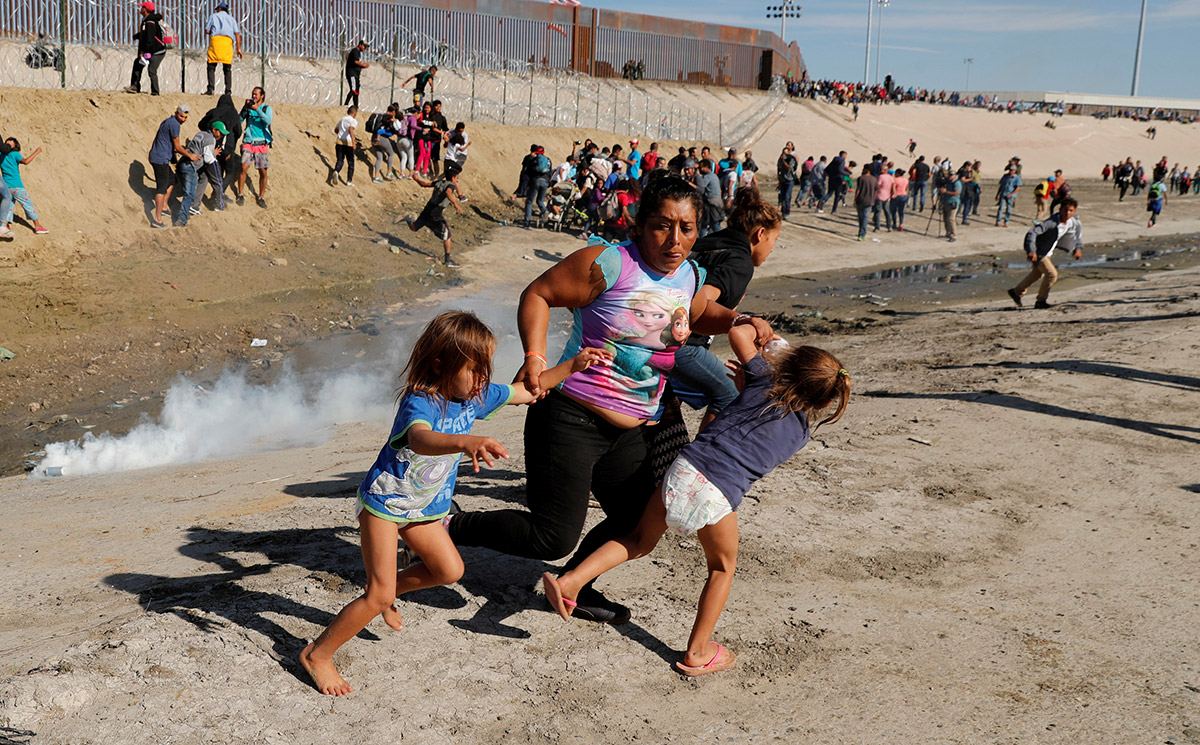 Maria Lila Meza Castro, a 39-year-old migrant woman from Honduras, runs from tear gas with her twin daughters in front of the border wall between the U.S. and Mexico, in Tijuana, on Nov. 25. (Kim Kyung-Hoon/Reuters)