Reporting this week indicates Trump is reeling from the midterms, as additional House seats were called for Democrats, possibly leading to a 40 seat pick-up, as well as the Mueller probe, from which additional indictments are expected soon. This week Trump skipped many duties typically carried out by a head of state, instead brooding and threatening to fire more cabinet level officials — the regime continues to operate in utter dysfunction.

As wildfires raged in California, with 71 dead and more than a thousand missing, Trump blamed forest management, insulted the firefighters risking their lives, and showed a complete lack of empathy for the residents impacted. Trump skipped more ceremonies for fallen soldiers in Paris for Armistice Day and in the U.S. for Veterans Day.

Trump stoked fear of election tampering with false allegations, as other Republicans in close races followed his lead. His tone continued to be divisive, as the FBI reported an alarming rise in anti-Semitic and other hate crimes. Trump continues to alienate the country’s traditional allies, while taking unusual actions seeming to protect Kim Jong-Un and the Crown Prince of Saudi Arabia. 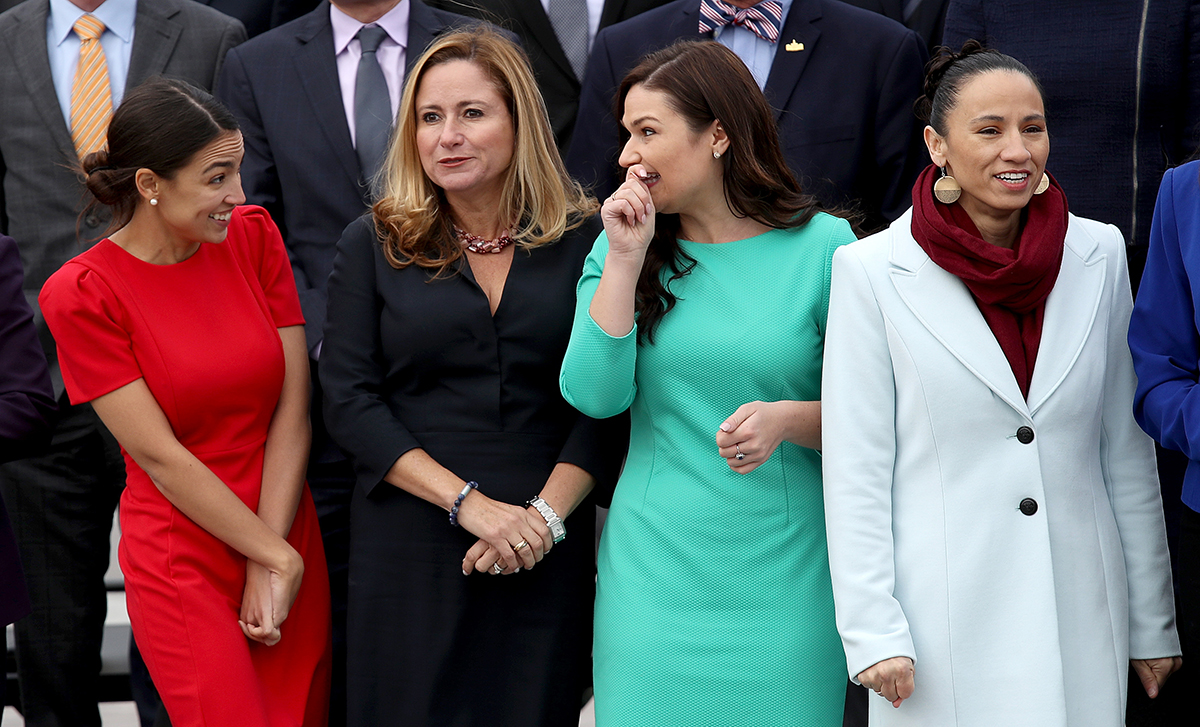 WASHINGTON, DC — NOVEMBER 14: (L-R) Representatives-elect Alexandria Ocasio-Cortez (D-NY), Debbie Mucarsel-Powell (D-FL) Abby Finkenauer (D-IA), and Sharice Davids (D-KS) join with other newly elected members of the House of Representatives for an official class photo of new House members at the U.S. Capitol. Newly elected members of the House are in Washington this week for orientation meetings.