I am grateful, with all your input, to have continued this project through inauguration. Since I started tracking Donald Trump in November 2016, I have posited that he cared about two things: making money and staying in power; admittedly, events in this final list caught even me by surprise.

The pace of broken norms had slowed considerably in our AFTER lists for November and December. My biggest concern over those two months was Michigan, and the potential for Republicans in that state to overturn the results in a county with majority Black voters — and therefore the implications for the future our democracy. It was close — too close — but in the end we passed the safe harbor deadline for every state, and I falsely assumed we would cruise through inauguration.

As I complete this project on January 20 at noon, with Joe Biden assuming the presidency, along with our first Black and South Asian woman vice president, Kamala Harris, we are still learning of Trump’s schemes to overturn the election. The reporting will undoubtedly continue for months and years, as the truth finds its way to open light. History will record how close we came to teetering on the brink of becoming an authoritarian state.

Trump propagated, starting months before the election, what historian Timothy Snyder described as the “big lie,” that our election was rigged and stolen, and he had actually won. Trump was aided and enabled throughout his time in office, but also in the big lie, by Republican lawmakers too cowardly and cloaked in self-interest to uphold their oath, and a far-right media ecosystem willing to spin his lies for ratings. As we finish this project, three-quarters of Republicans believe the big lie, and have “little or no confidence” that the election results reflected the will of the people. This legacy of Trump’s disinformation will be with us for years as we try to trace our way back to the truth.

January was a shocking month. We learned that Trump had pressured and threatened state officials in Georgia to overturn election results. Days later, Trump supporters, emboldened into rioters by his big lie, stormed our nation’s Capitol. It was the first time our Capitol was under siege since the War of 1812, and the first time ever by American citizens. What ensued was a near massacre of our members of Congress and Vice President, which Trump joyfully watched unfold on television from the White House, refusing to call off the mob he had unleashed or call in troops to help over hours. Documentarian Ken Burns noted, “Our founders feared two things above all else, the mob and an autocrat,” and here we were.

Our system of government held up, but barely, and as this project comes to an end, it is still doubtful that Senate Republicans — themselves mere minutes away from slaughter — will finally hold Trump accountable for the insurrection and sedition at the upcoming impeachment trial. Over four years of the endless stream of broken norms, their enabling Trump has not only desecrated our democracy, but also exposed the cracks in its armor for future wannabe autocrats.

As we leave this project, Biden is inheriting three major crises — a surging pandemic, a struggling economy, and the threat of white supremacist violence. And on top of these crises, a battle for the truth. The steps we take in the coming years to restore the truth — there can only be one — will determine our ability to not only find common ground, but also to continue the American experiment with democracy and forming a more equitable union. 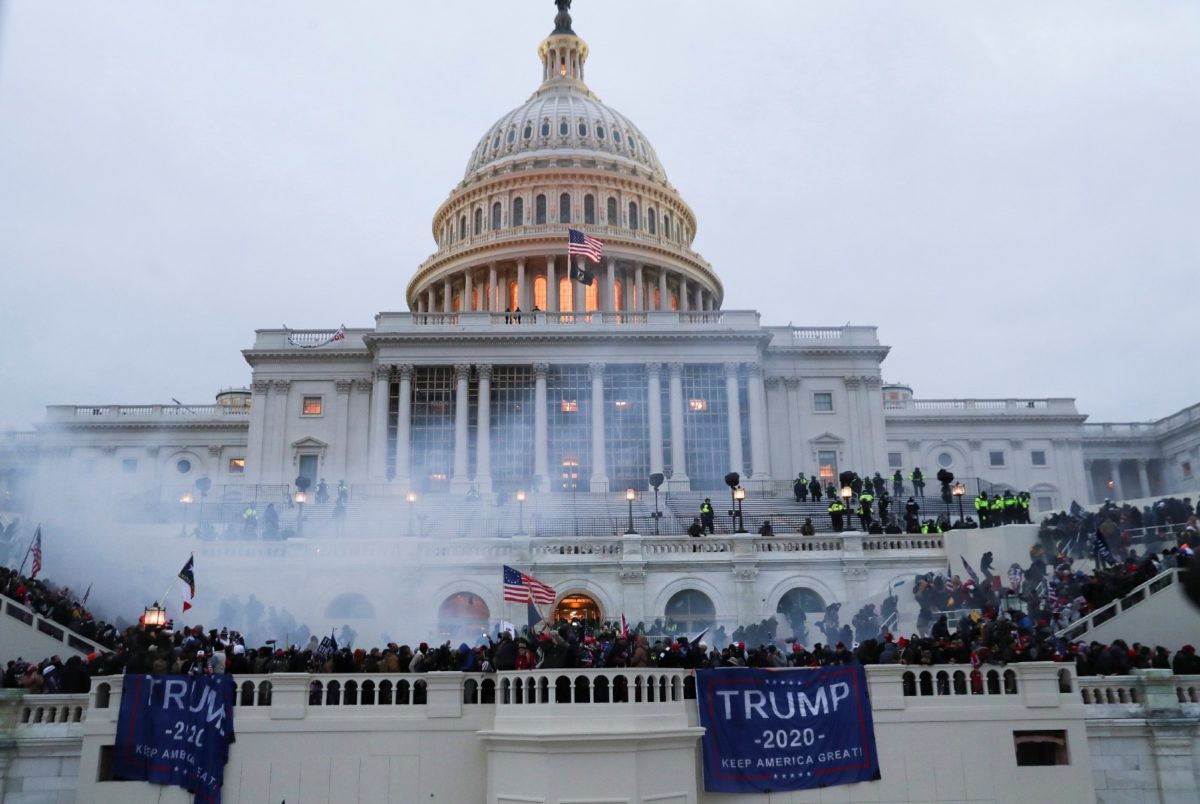 Violent protesters, loyal to Trump, storm the Capitol, Wednesday, Jan. 6, 2021, in Washington. It was a stunning day as a number of lawmakers and then the mob of protesters tried to overturn America’s presidential election, undercut the nation’s democracy and keep Democrat Joe Biden from replacing Trump in the White House.

« AFTER (December)
I sounded the alarm for authoritarianism in 2016, and I am sounding it again »
Share This