This week all eyes were on the James Comey testimony, which opened the door for what could be obstruction of justice, an impeachable offense. Despite Republicans controlling the House, Senate and White House, legislative progress has largely come to a halt amid weekly and sometimes daily bombshells, as all eyes turn to the Trump-Russia scandal. Also of note is the complete disarray of the Trump regime, and the difficulty Trump is having hiring staff and even finding legal representation. 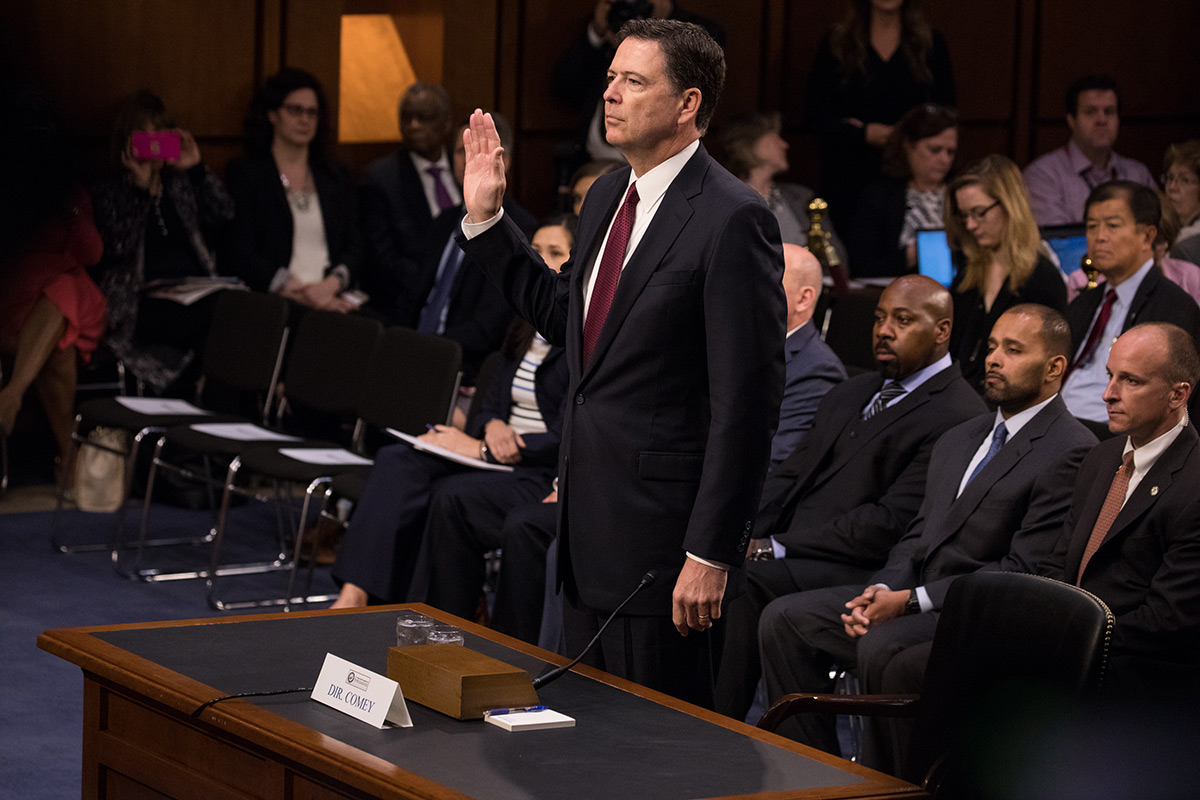 Former FBI Director James Comey was sworn in before he testified in front of the Senate Intelligence Committee, on his past relationship with President Donald Trump, and his role in the Russian interference investigation, in the Senate Hart building on Capitol Hill.