Observation: each week the list is getting longer, and more troubling/frightening. 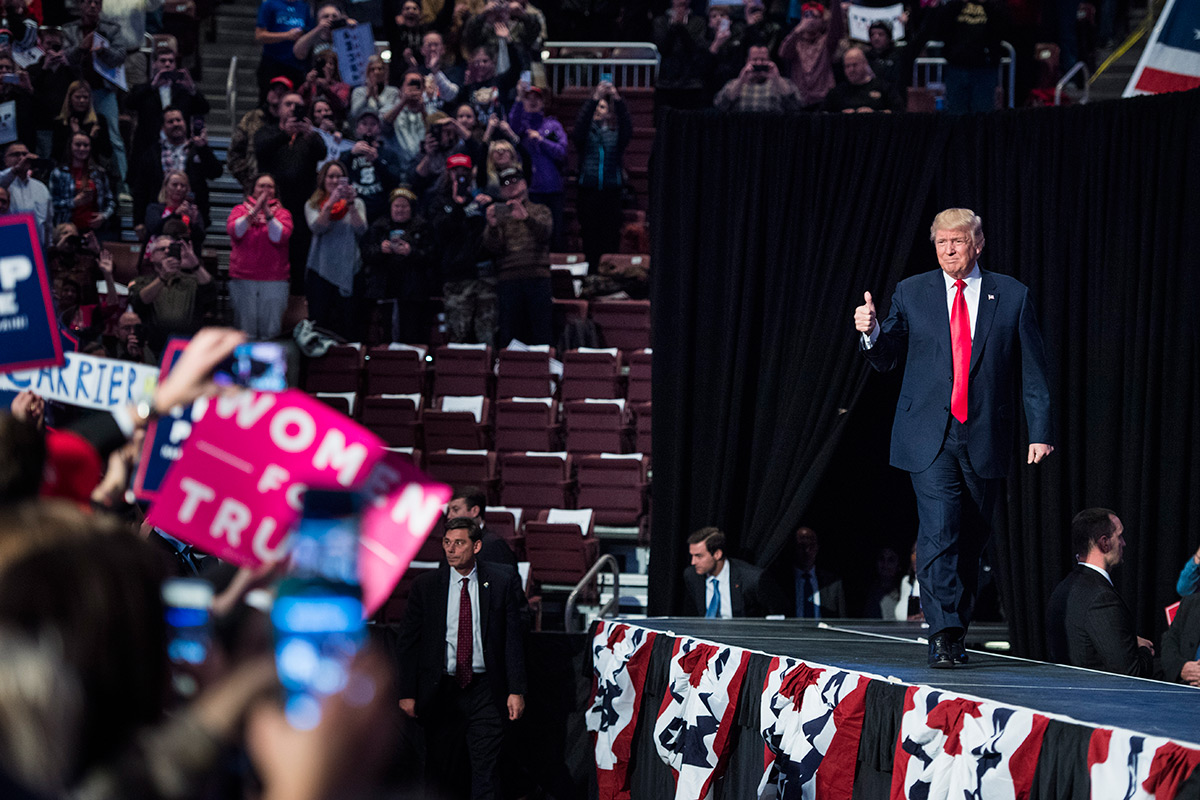 Trump embarked on a “Victory Tour”— later, rebranded as a “Thank You Tour”—visiting only the states he won. His first rally in Cincinnatti, like many that followed, were half empty.