This week the Trump-Russia scandal reached the inner circle of Trump’s WH, as bombshells revealed Kushner is a central focus of the FBI investigation. The Trump regime established a war room as the walls of Trump-Russia cave in on them, with breaking news daily.

Also of note this week is the myriad of examples of Trump distancing our country from our traditional allies, and instead cozying up to brutal authoritarians. Human rights abroad are no longer a priority — the focus seems to have shifted to where the Trump organization has properties. 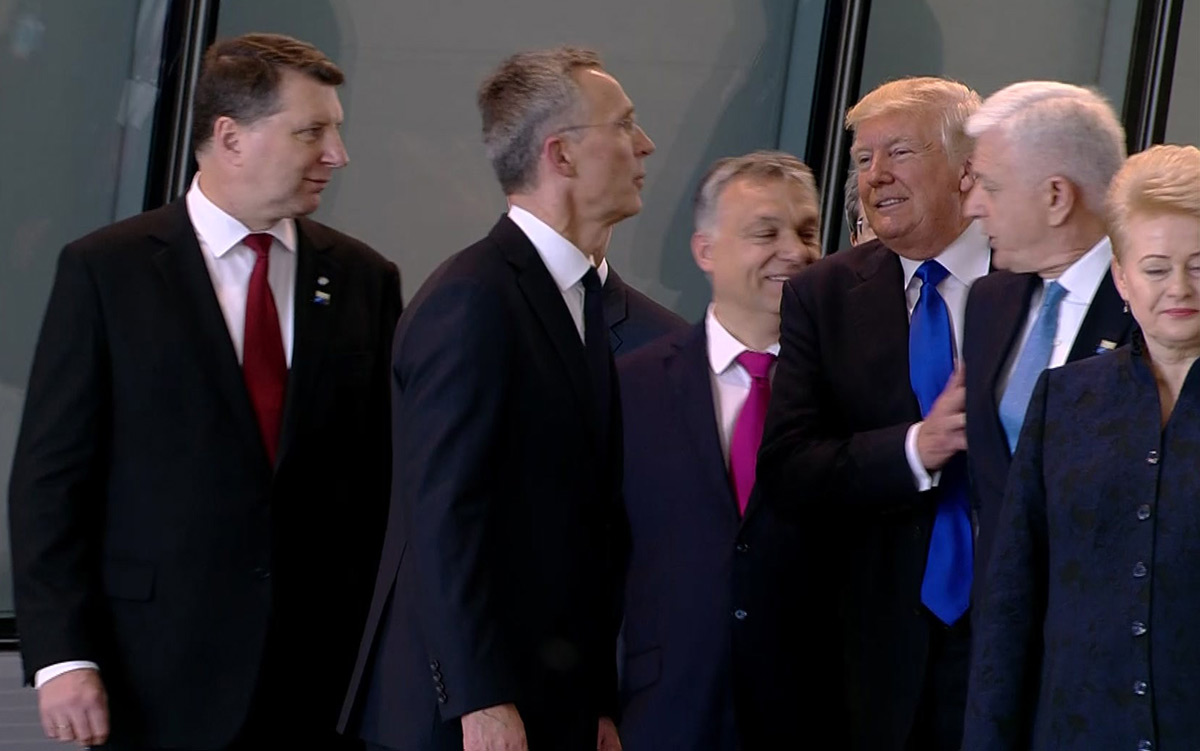 Trump shoves aside Montenegro’s PM at the NATO summit in Brussels.