After a slight reprieve last week, this week was again chaos, and the longest weekly list so far. An overarching theme to watch is the consolidation of power: positions in the executive branch are going unfilled and layoffs continue. Meanwhile, Trump, his children, and his small circle of insiders are making all major decisions domestically and abroad. 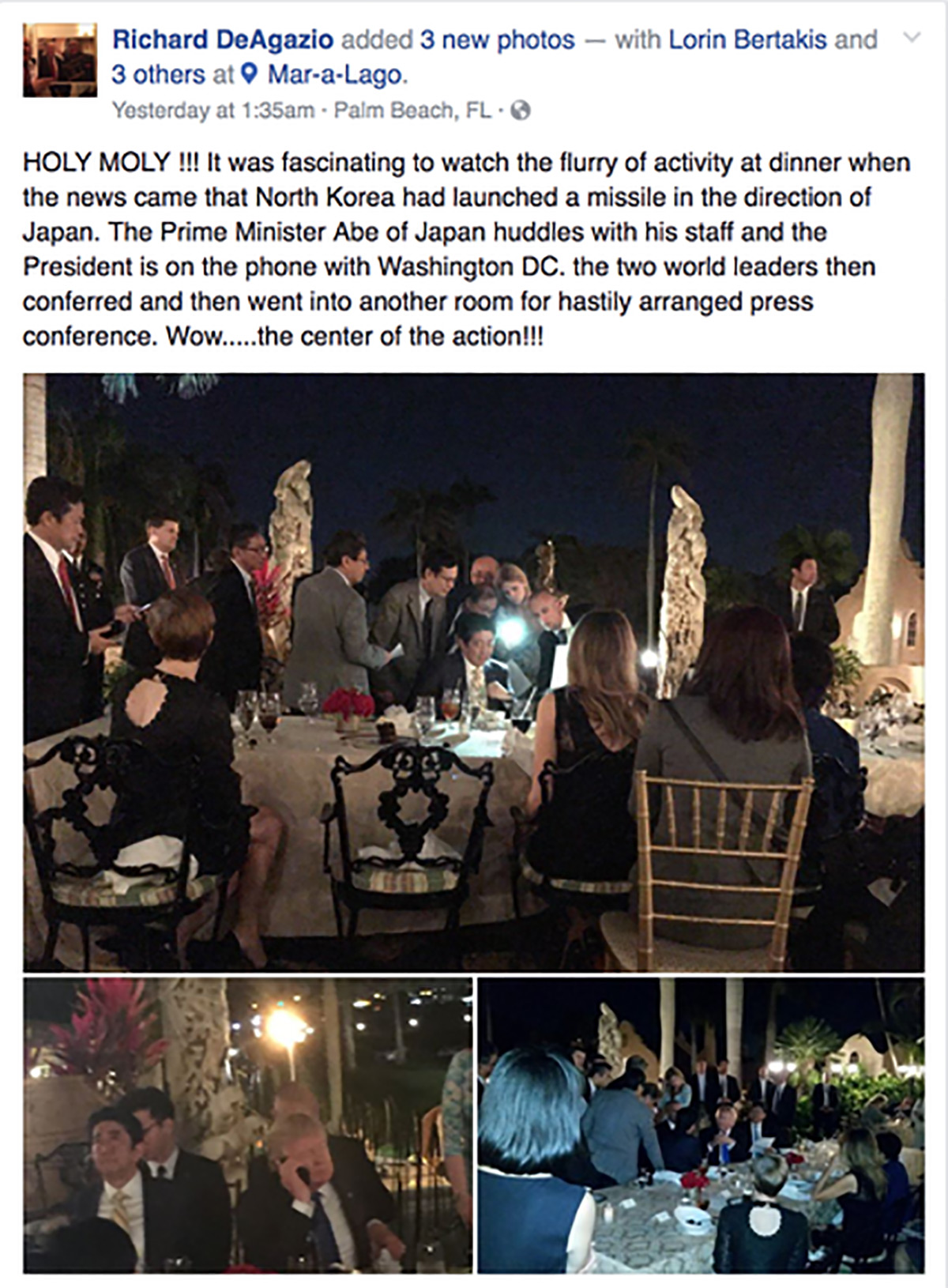 A club member posted images on Facebook of the scene at Mar-a-Lago as Trump and Abe got news of a missile strike by North Korea.