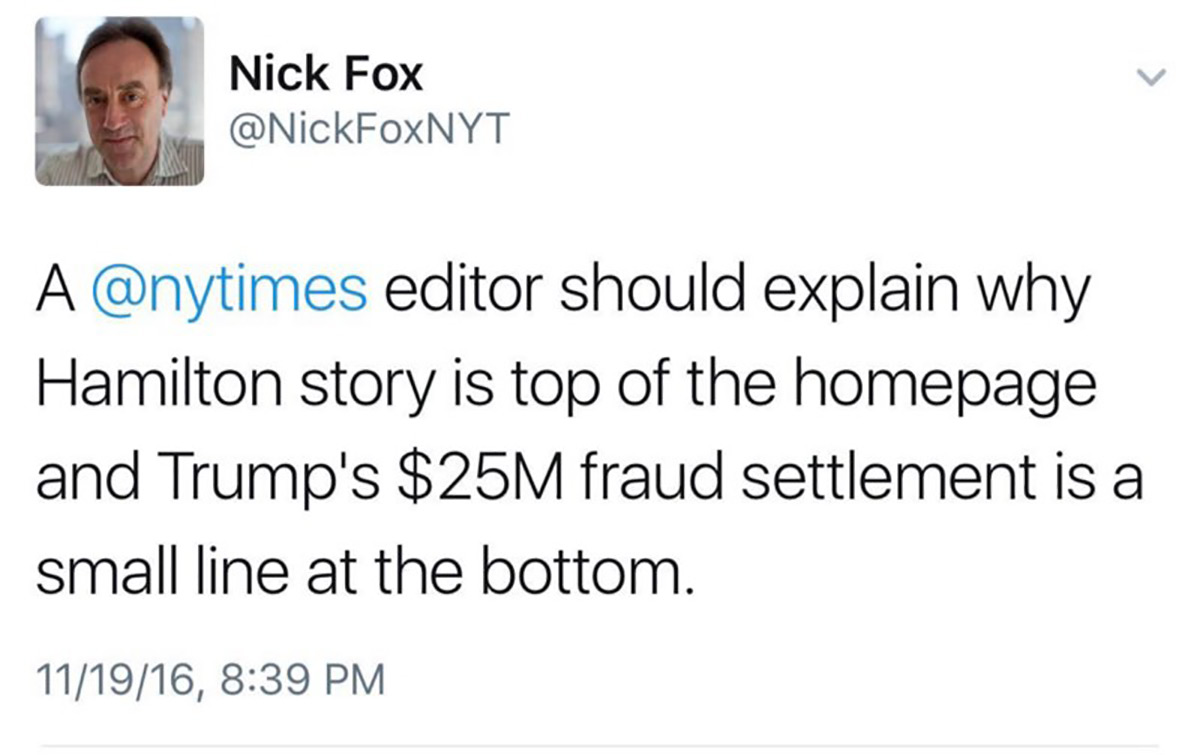 This tweet critical of the New York Times disappeared overnight.