I look at Elon Musk, and I see Donald Trump.

I tracked broken norms and our near descent into authoritarianism during the Trump era, and I find the similarities between these two men astounding. Both made a grandiose entrance, true to their brand: Trump descended the gold escalator at Trump Tower, while Musk imperiously entered Twitter headquarters carrying a kitchen sink. Both struck a populist tone as they took power: Trump evoked the “forgotten men and women of our country,” while Musk crowed he would grant “amnesty” to banned accounts on what he dubbed “Freedom Friday.” Even while they appeared to solicit input in Twitter polls—Trump queried, “Should I do the #GOPDebate,” and Musk, “Reinstate former President Trump”—the real purpose was to put on full display that they had all the power, and we really had none.

The populist brands of Trump and Musk legitimized the ugly underbelly of bigotry and hate, yet both men refused to condemn what their new leadership had unleashed, or even acknowledge its existence. When hate crimes spiked after the November 2016 election, Trump deflected, saying he would be a “leader for every American,” while Musk, who had promised a “content moderation council” but instead granted himself unilateral power, dismissed the unprecedented, sharp spike on hate speech on the platform as “utterly false.”

Both men used Twitter as a means to deliver their grand pronouncements, and repetitively hammer their main themes. For Trump it was building his Wall, and for Musk, rolling out a paid verification option. When these or other promises fell short or failed, both Trump and Musk changed the subject, tweeting out shiny coins and conjuring strawmen to distract. For Trump it was such things as the transgender military ban and “invaders” at the Southern border. For Musk it was Tim Cook and Apple, the advertisers who deserve a “thermonuclear name & shame,” and the supposedly nefarious ‘Twitter files.’  Both men repeatedly thumbed their noses at authority, regulators, and norms.

All three men market themselves as saviors: Trump will make America great again, Putin will ‘denazify’ Ukraine, and Musk will protect free-speech. These slogans are the propaganda—none reality or truth—used to justify their desire to seize complete power and control.

Both Putin and Musk surround themselves with a small inner circle of sycophantic yes men. Their impulsive decisions faced no pushback: Putin’s ill-advised invasion of Ukraine, and Musk’s original bid to buy Twitter. Both decisions were borne out of insecurity, part of the desire to portray themselves as strong-men who were in total control.

Once the invasion of Ukraine was underway, Putin rid himself of failing generals and unruly billionaires. Once the Twitter deal was closed, Musk ousted the board and named himself the sole director, and fired employees who criticized him. Dissent was silenced, and both became increasingly isolated. Both were in situations—Putin in a war, Musk in a business deal—they couldn’t pull out of. Putin had no grand plan to execute his war, and Musk had no apparent vision of what to do with a mundane social media platform. For both, it was too late.

When Musk finally closed his purchase of Twitter in October, given the market correction, the company was worth roughly half of his $44 billion purchase price. The banks that financed the deal were forced to fund the $13 billion loan, despite taking a reported $500 million mark-to-market loss at closing. As a public company, in 2021, Twitter had $5.1 billion of revenue, and despite paying a mere $23 million of interest expense, the company booked a net loss. As Musk closed, the revenue run-rate was down to $4.8 billion, and he had saddled it with roughly $1 billion of annual interest expense for the bank loans.

Almost immediately, Musk alienated the company’s advertisers, which account for 90% of the company’s revenue, while at the same time decimating the ad sales force. Prospects are grim: Media Matters reported that 50 of Twitters’s top 100 advertisers, accounting for $750 million in ad buys, had paused advertising on the platform, while the Times reported the company’s ad revenue is estimated to be down $500 million for the fourth quarter alone! In a disaster of his own making, Musk was forced to offer a half-off special to bring in advertisers for sorely needed year-end cash. Given Musk’s bombastic, erratic, and autocratic approach, it is highly doubtful advertisers are coming back.

Musk sold $4 billion worth of his Tesla shares in early November, reportedly to fund Twitter’s short-term liquidity needs. The company nonetheless has been late paying both vendors and employees. Given the enormous loss of advertising revenue, Musk Twitter’s current valuation has fallen further, and may not be worth much more than $13 billion, the value of the bank loans that need to be paid out in whole before Musk and his investors’ equity stake has any value. As a former expert in the distressed debt market, I suspect the banks are getting discount bids for their loans from interested hedge or investment funds. As valuations sink, it is increasingly likely the holders of the bank debt will end up owning some or all of Twitter through a restructuring or the bankruptcy process.

Watch these warning signals of Musk Twitter’s possible demise. The first red flag is the cash crunch, and bills going unpaid. Musk may well continue to throw more good money after bad, but unless there is a valid business strategy, this is akin to flushing cash down the proverbial toilet. The second red flag is if the Apple or Google app stores suspend Twitter, as a download or its ability to sell subscriptions for verified accounts. Even if Musk does get the verification product figured out, it will likely not produce enough revenue to be of consequence, but if moderation and safety issues degrade to the point of the app being suspended from the Apple and Google stores, it would be disastrous. The third red flag is the regulators. Musk has closed the Twitter office in Brussels, the hub for regulation in Europe, and the European Union has issued a warning that Musk Twitter faces a ban over content moderation. Back in the US, Musk Twitter may face scrutiny over national security concerns that his foreign partners have access to user data. Musk is also subject to a consent agreement with the Federal Trade Commission.

There is understandably much hand-wringing about ceding Twitter to the worst of us. I would argue the main thing preventing Musk Twitter from becoming the next financially unviable Trump Social is the reasonable folks who remain, and play the part of the foil. I would argue your content is unwittingly throwing Musk a life raft. Otherwise, Musk Twitter is just a worthless cesspool of bigotry and hate.

I was one of the first to cease tweeting in the days after the deal closed, because I experienced Musk instinctually as a dangerous, unbridled, erratic autocrat, just as I had experienced Trump in November 2016 when I started The Weekly List. I left my Twitter account up so 1) my last tweet would tell followers where to find me, and 2) a troll account that pays to get verified cannot impersonate me. The news cycle has slowed down and normalized enough that I am able to track important news easily by downloading media apps.

For now, I am remaining on Facebook (which I refer to as a marriage of convenience) and watching what develops with the numerous burgeoning platforms seeking to be the viable substitute. In my heart of hearts, I don’t believe Musk Twitter will last long. Either he will lose interest, or enough billions dumping money at his failure. Then, I hope we can triumphantly return to Twitter under a new, grown-up ownership and management, who will have learned valuable lessons from observing Musk’s failure. We can bring back our content, and Musk can keep his kitchen sink. 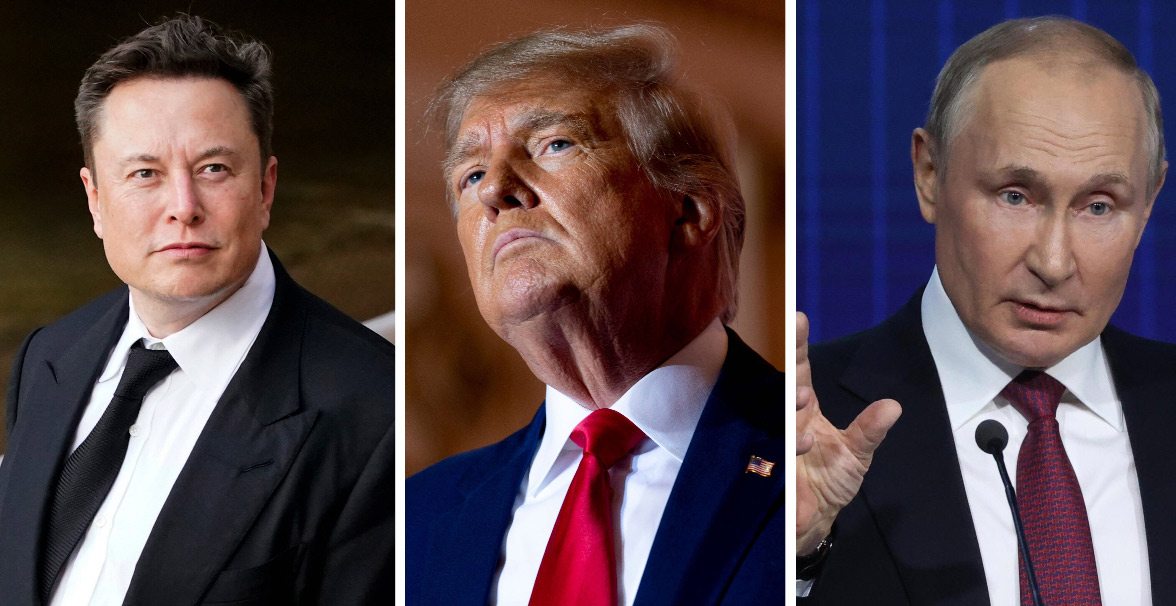 « I sounded the alarm for authoritarianism in 2016, and I am sounding it again
Share This