This week the Trump-Russia scandal continued to unfold, but that wasn’t the big story. What stands out in Week 23 is the kleptocracy — a pattern of conflicts of interest and pay-to-play — and the Trump regime’s utter irreverence towards ethics and past standards.

As the 100-day mark approaches, Trump has no legislative accomplishments and his foreign policy can best be described as an embarrassing mess. Instead, Trump seems focused on enriching himself, his regime, and his business contacts. The pace and boldness of corruption whiff of a man who is aware his days in this gig are numbered. 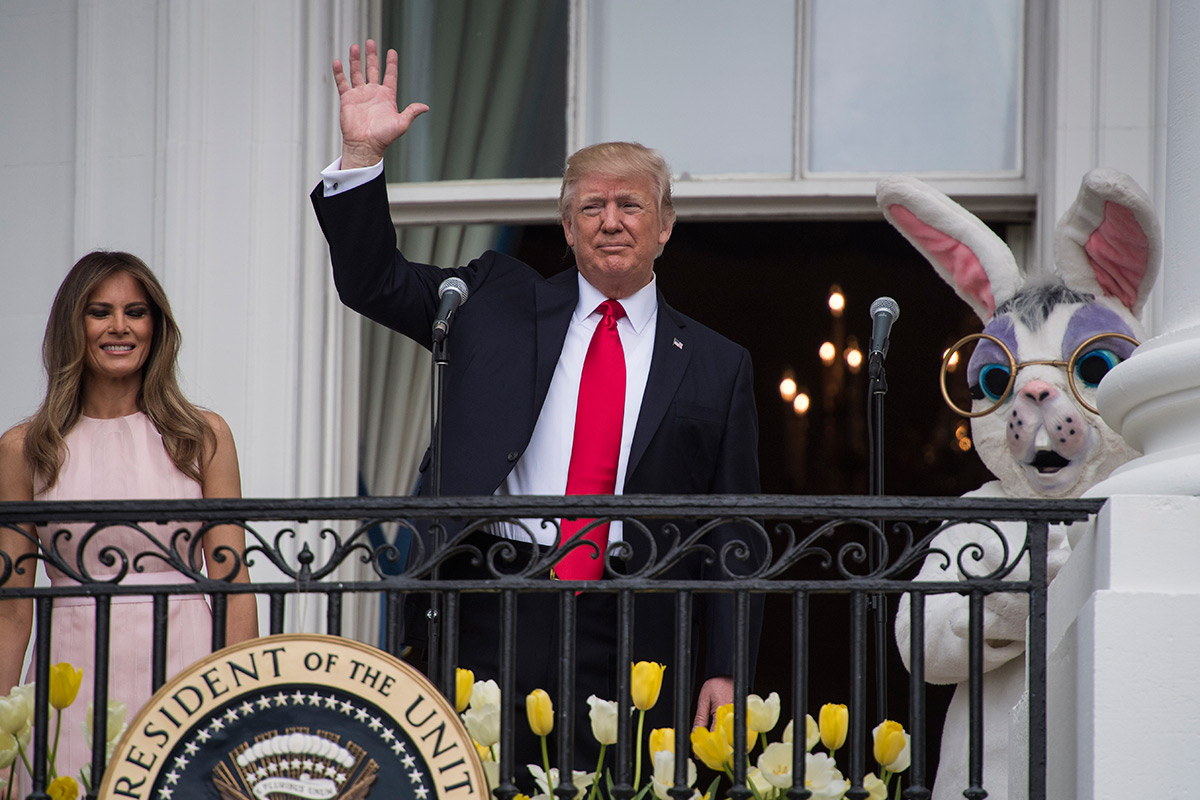 Trump with Melania during the 139th Easter Egg Roll on the South Lawn of the White House. Shortly after, Trump forgets to put his hand on his heart during the National Anthem.